The shooting happened in the area of N. Water and E. Clearfield streets in Kensington.
WPVI
By 6abc Digital Staff and Dann Cuellar 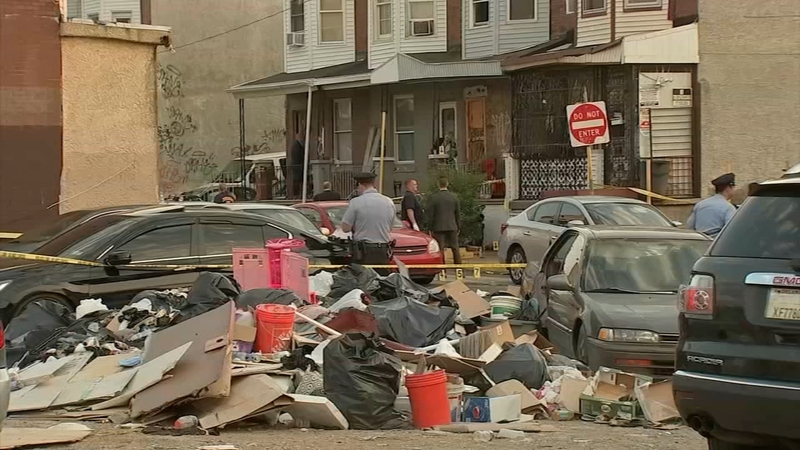 PHILADELPHIA (WPVI) -- Two undercover Philadelphia police officers shot and killed a man after he allegedly opened fire into a crowd of people on Thursday night, Action News has learned.

Police say that the incident started when a man, identified as Carlos Rodriguez, 40, produced a handgun after a large fight broke out.

Unknown to those involved in the fight, there were two undercover police officers nearby.

"There was a large fight on the highway, and the fight was so chaotic they were bumping into the officers' car," said Sergeant Eric Gripp with the Philadelphia Police Department.

The two plainclothes officers responded and police say the suspect started firing multiple shots into the crowd. Two of the shots were in the direction of the officers, said Gripp.

That's when the plainclothes officers then discharged their weapons, firing at least six shots.

The officers have been identified as Officer Suarez, 27, and Officer Lesesane, 23. Both are our-year veteran of the Philadelphia Police Department detailed to the Narcotics Field Unit.

Police say the suspect was struck in the shoulder and abdomen. Rodriguez was rushed to Temple University Hospital where he later died.

The suspect's weapon was recovered from the sidewalk next to his body, police said.

"It's just completely and totally out of control. I mean we hear this all over the city: people are outside just trying to enjoy a nice evening. Fights happen, we're never gonna be able to avoid that. But when somebody produces a handgun, these are the things that can happen," said Gripp.

WATCH: Chopper 6 over police-involved shooting in Kensington on July 22, 2021.

Chopper 6 was overhead after the shooting as police officers cordoned off a large portion of the intersection to gather evidence. Police say there are a number of surveillance cameras nearby that may have captured the incident.

Authorities say a 52-year-old woman at the scene was also injured in the incident, but police confirmed she was not shot.