Anyone with any information on these shootings is asked to call Philadelphia police at 215-686-TIPS.
WPVI
By Katie Katro 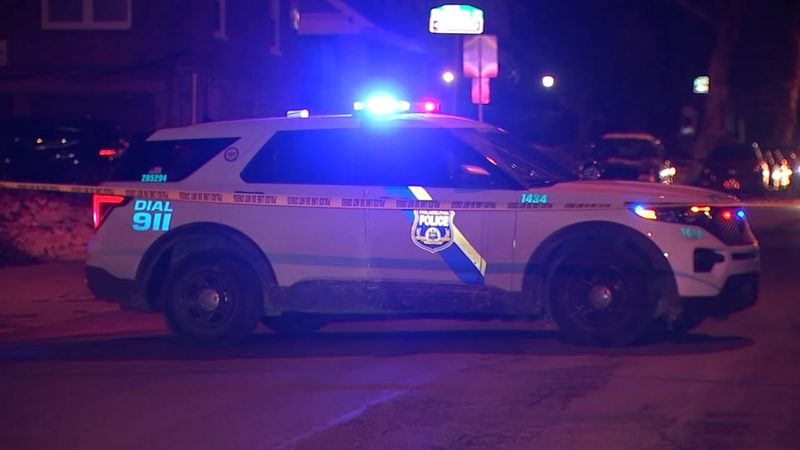 PHILADELPHIA (WPVI) -- A little more than one week into the new year and the violence in the city of Philadelphia does not appear to be slowing down.

On Saturday night, at least five teenagers were shot in a three-hour period. Two of the teens have died.

"It's a tragic circumstance anytime anyone is murdered, certainly all the more so when you have someone who's cut down in the prime of life," said Philadelphia Police Inspector D.F. Pace.

Police said a 17-year-old male was killed before 5:30 p.m. on East Washington Lane and Gardenia Street.

Police said the teen was with two other men at the scene when at least one of the men pulled out a gun and shot him at least four times.

Just minutes earlier, gunshots rang out on the 1800 block of McClellan Street.

Police said two friends, a 16-year-old male and a 19-year-old male, were walking to a store when they were shot.

The 19-year-old later died at the hospital. The 16-year-old is expected to survive his injuries.

"It is even more tragic when the victim is a young person who has to carry this trauma with them for the rest of their life, so it is of course very frustrating," said Pace.

Shortly after 6:30 p.m. on the 2000 block of East Orleans Street, a road rage shooting left a 17-year-old male in extremely critical condition.

Police said the teen was helping a man in his 20s fix a car.

They had reportedly left a safety cone in the street. That's when passengers in a vehicle that couldn't get by got frustrated and an argument escalated to gunfire, according to police.

"You have an altercation over a cone that is obstructing a roadway. And for that to turn into a fistfight, to turn into a shooting where now we have a 17-year-old who's fighting for his life is just completely senseless," said Pace.

Around 7:30 p.m., police say a 19-year-old man was shot one time near 9th Street and Lindley Avenue.

The victim is expected to survive his injuries.