4 teens shot, 2 men injured in another violent night in Philadelphia 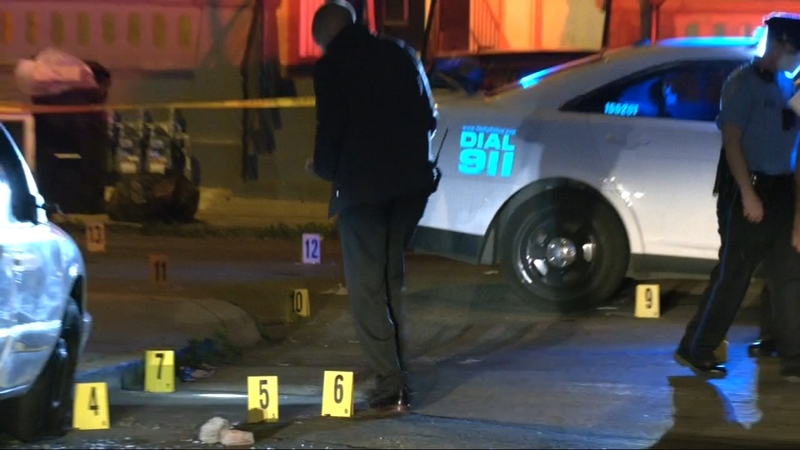 It was another violent night in Philadelphia where multiple shootings injured at least four teenagers and two men.

A triple shooting in North Philadelphia sent three people to the hospital including two teenagers.

Shots were fired in the 2500 block of North Jessup Street.

Police said a man in his 40s drove a block away where officers found him with a gunshot wound to the head.

All of the victims were taken to Temple University Hospital.

The teens are in stable condition. The man is in serious condition.

Police said both teens were hit several times in the legs.

At least 10 shell casings were found at the scene.

The teens are in stable condition.

A 25-year-old man had to have emergency surgery after a shooting in the city's Strawberry Mansion neighborhood.

It happened on the 3200 block of Monument Street.

Police said the victim was sitting in his car when someone fired several shots into the passenger side hitting him in the stomach.

The victim is in critical condition.

No arrests have been made in any of the shootings.

These incidents followed a violent three-hour period that began Thursday night into Friday morning which saw at least three people killed and nine others injured.