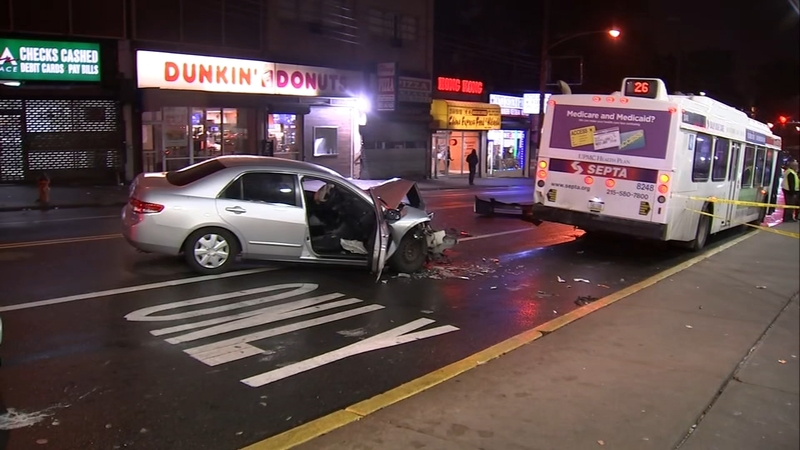 PHILADELPHIA (WPVI) -- A double shooting in Philadelphia's West Oak Lane section ended with a suspect crashing into a SEPTA bus.

Gunfire rang out near 17th Street and Chelten Avenue shortly after 9:30 p.m. Wednesday.

Police said a 25-year-old man was shot multiple times. He was taken to the hospital in critical condition.

A 23-year-old woman was also shot twice in leg and is in stable condition.

Police said there was a baby with the victims, but the child was not hurt.

Officers recovered a gun at the scene.