Union player challenges you to kick Ebola in the butt 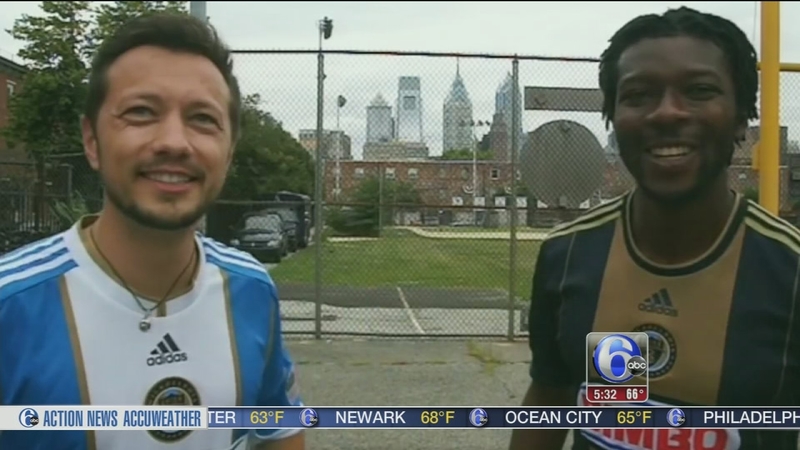 VIDEO: Kick Ebola in the butt

The New York City doctor who's battling the virus continues to be treated at Bellevue Hospital in Manhattan.

From a medical standpoint, the protocols were followed.

The training that first responders and Bellevue Hospital staff went through appears to have paid off.

On the 23rd, came down with an elevated temperature and that's when he was transported by a team in Hazmat gear.

There are some concerns about the days in between when he was out and about in New York City.

Public health experts are trying to alleviate those fears.

Doctor Richard Besser of ABC News defends Dr. Spencer's activity, being out in the community upon returning from Sierra Leone.

"Until you have symptoms you cannot spread disease, you are not contagious, and so there was no problem with him being out before he was sick," Besser said.

Per protocol, Dr. Spencer was self-monitoring.

As soon as his temperature hit 100.3 he reported it.

After that, the mayor of New York City says everything went as planned.

In terms of his travel on the subway, running, or eating restaurants, everyday New Yorkers should not be overly concerned.

You can only catch Ebola when someone is sick and through direct contact with bodily fluids.

But while the situation in New York is being handled, the outbreak in West Africa continues.

Philadelphia Union soccer player Michael Lahoud has kicked off a campaign to help.

He's from Sierra Leone and also plays for the National Team there.

"It is one of the world's most life-threatening diseases," Lahoud said.

The campaign is called "Kick Ebola in the Butt."

"The point is are you willing to put your butt on the line for the good of someone else or something else and in this case Ebola," Lahoud said.

Here's how it works: Your partner, in Michael's case Dr. Thilo Kunkel of Temple University, gets a free shot, 5 feet away to kick a soft soccer ball at your behind.

If he hits, you donate to 'Doctors Without Borders.' If your partner misses, he or she donates.

Lahoud says it's a way to raise awareness and money for 'Doctors Without Borders.' The organization is on the ground in West Africa helping to control the outbreak.

And while it is a fun campaign, he reminds us, he has seen the problem in West Africa and it is serious.

Lahoud wants to give people a way to help.