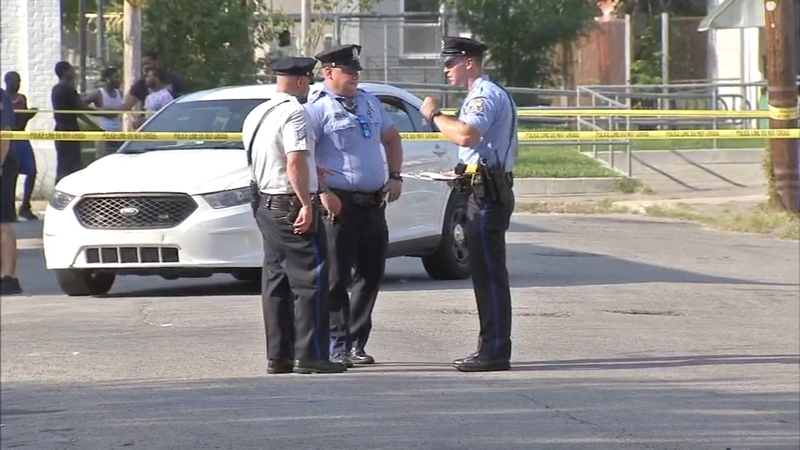 It happened just before 4 p.m. at the intersection of 52nd and Funston streets.

"I ran down the street. They were coming toward me," said Ashley Frye. "I didn't see their faces but I heard them."

Officials said a stray bullet ricocheted off of a nearby house and hit a 22-year-old woman, who was sitting on the porch, in her calf. She was holding her 8-month-old baby while sitting next to her 95-year-old grandmother. She was taken to Penn Presbyterian Hospital for treatment.

Shots also hit cars and flew by the rec center where children were outside playing.

Officials said three people drove off in a blue Chevy Impala, but police are trying to determine if those people were just fleeing for safety or if they were involved in the incident.

Witnesses said there were a lot of teens in the area at the time of the shooting.

Police have one person in custody.