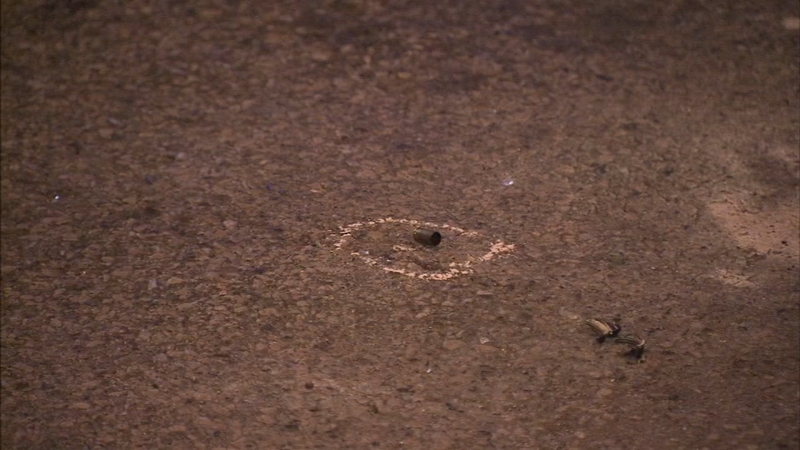 PHILADELPHIA (WPVI) -- It's December 4 and Philadelphia is experiencing a disturbing milestone. More people have now been murdered in the city in 2018 than in all of last year.

At least 316 people have been killed.

Since Monday night, three people were killed in yet more deadly gun violence.

Just before 8 p.m., police found the body of a shooting victim inside an abandoned home near 60th and Regent streets in Southwest Philadelphia.

The victim was found in the living room with a gunshot wound to the head. Police say the actual shooting took place hours earlier.

Around the same time, police were called to a triple shooting at Harrison and Tackawanna streets in Frankford.

A man in his 20s was shot in the head and pronounced dead at the hospital. An 18-year-old man and a 27-year-old woman were also hit in the shooting. Both were taken to the hospital in stable condition.

Police say one of the victims ran into a nearby convenience store after being shot. The store was struck three times with bullet holes to its front, one going through the door. No one inside the store was injured.

Then around 12:30 a.m. Tuesday, a 26-year-old man was shot and killed outside Press Bar and Restaurant on the 4600 block of Kraydor Street in Holmesburg.

Police believe the shooting may be connected to an altercation that occurred inside the bar. They are checking surveillance cameras in the area.

No arrests have been made in any of these recent murders.