Philadelphia businesses preparing for social unrest ahead of Chauvin verdict 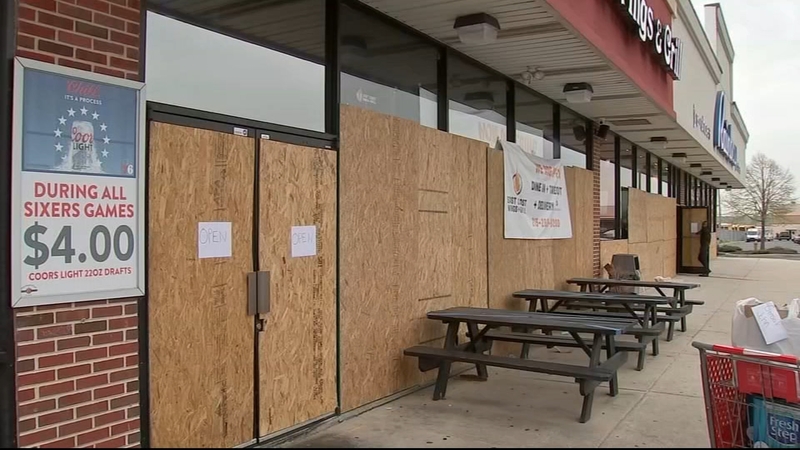 PHILADELPHIA (WPVI) -- Even though the trial of former Minneapolis police officer Derek Chauvin - who is charged with the death of George Floyd last year - is still underway, businesses in Philadelphia are preparing for the potential aftermath of the verdict.

In Port Richmond, some stores could be seen with boarded-up windows on Wednesday.

There is fear that more rioting and looting will result if protests take place and ultimately turn awry.

Last week, business owners met with the 24th Police District to discuss the possibility of unrest.

Protests over Floyd's death spun off into riots and looting in parts of Philadelphia. Businesses, many of them "mom and pop shops," were damaged or destroyed.

Looters hit stores in several sections of Philadelphia on Sunday.

The civil unrest began in Center City but moved into multiple neighborhoods. The National Guard had to respond, and the city's response to the riots was heavily criticized.

In October, outrage over the shooting death of Walter Wallace, a Black man armed with a knife who was shot and killed by two Philadelphia police officers, sparked more protests.

A number of small businesses in Philadelphia are cleaning up after two nights of looting in the city.

State Representative Joe Hohenstein, a Democrat representing the 177th District, was part of the meeting with the 24th Police District and business owners.

"The way people of different racial and ethnic heritage interact with police is complex and I, as an elected representative, strive to remember that and guide people towards a more stable and trustworthy relationship with law enforcement, and vice versa," he said. "Everyone needs to feel safer and things have to change if we are going to move forward. Looting department stores does not heal; it only makes old wounds deeper."

The owners of Rotana Furniture on Tacony Street off of Aramingo Avenue are thinking about hiring private security since their store was trashed and heavily damaged during the fall riots. A Philadelphia police officer was injured and nearly dragged in Rotana's parking lot by a looter who took off with furniture.

"If they have to do anything, they should do it peacefully and not terrorize businesses or breaking-in," said Moe Froukh who owns the store with Farid Ajaj.