Ahead of July 4th, Philadelphia residents already frustrated about fireworks 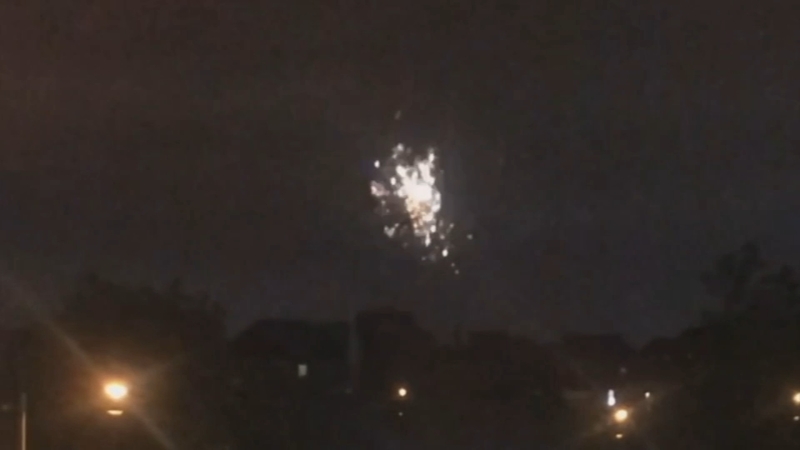 Ahead of July 4th, Philly residents already frustrated about fireworks

PHILADELPHIA (WPVI) -- We are still a few weeks away from the 4th of July, but fireworks are causing frustration for many Philadelphians.

They're going off at all times of the night, and even prompted some residents to start a Facebook page to vent about the problem.

"I think people should be respectful and do fireworks on the 4th of July," said Daicia Bailey of Roxborough.

Bailey says the sound of fireworks going off is a nagging and dangerous problem.

Her concerns are echoed by others in the community.

"I understand the concern with it. Obviously when you first hear the initial 'pow,' if you have not heard a gunshot before... I mean they do sound different but to the average listener, you never know," said Mitch Mai.

In fact, some have turned to Facebook to sound off.

One person suggested people should use their money to buy pet food for shelters, instead of fireworks. They ended by saying it "would make a difference and not noise."

"I did hear a lot last night and it's not even close (to the 4th of July) yet so I am not sure why they are being set off," said Rachel Wood.

Fireworks going off is an issue across the city. Over the weekend, ATV and dirt bike riders descended on the Port Richmond neighborhood and fireworks were seen going off overhead.

In Pennsylvania, consumer fireworks are legal, but you need the property owner's permission before you set them off.

State law prohibits Philadelphia or other municipalities from banning fireworks. But keep in mind, they can't be used within 150 feet of an occupied structure and heavy-duty fireworks, like M80s, are illegal.

The noise is also a problem for many pets, and the sound can be very traumatic. It can also trigger mental health disorders like PTSD.

"It doesn't really matter if it is guns for fireworks, both are giving people PTSD," said Mills.

"On my street, we have not heard much but last year was terrible. There were a lot of fireworks at really random times of the night," said Bailey.

On its website, the city says: The Philadelphia Code historically banned the use and sale of fireworks within Philadelphia city limits, but state legislation from 2017 forced Philadelphia to legalize consumer fireworks.

Nevertheless, Philadelphia can and does substantially restrict fireworks in certain ways: