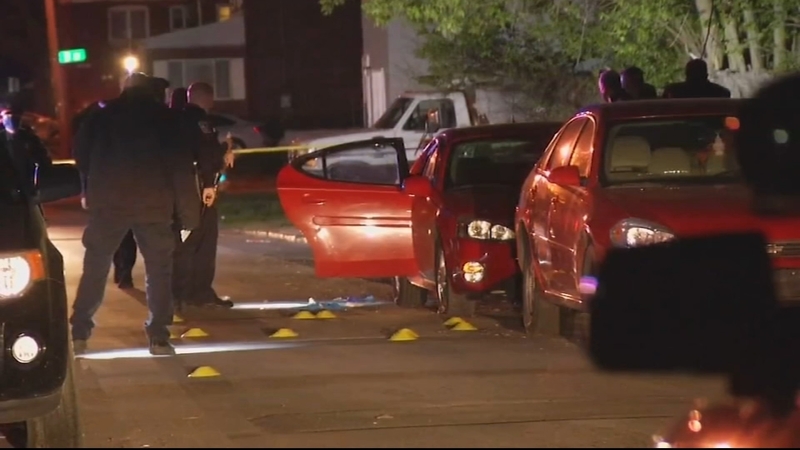 PHILADELPHIA (WPVI) -- Community leaders in Philadelphia are proposing $100 million to be added to the city's 2022 fiscal budget in order to address the violence plaguing the city, specifically addressing the youth.

"Students who are walking to school, going home from school, they cant get to those places safely because of the impacts of gun violence," said Le'Yondo Dunn, principal at Simon Gratz High School.

In a press conference Tuesday, Philadelphia City Council's Committee on Children and Youth proposed $100 million, with at least $50 million to fund anti-violence initiatives.

The proposal would guarantee youth employment, extend recreation center hours and libraries, and provide secure housing and offer trauma counseling. The funding would come from the $1.4 billion in federal aid from the American Rescue Plan.

"Bullets have no names. If you look at the statistics of young people who have been murdered on a day-to-day basis, they have been predominately juveniles," said Councilman Kenyatta Johnson.

Chair of the Committee on Children and Youth, Councilmember At-Large Helen Gym said leaders have spoken with city kids who said they want to be invested in by the administration.

"They are simply asking to be seen and heard and invested in a meaningful way and today," said Gym.

The Kenney administration initially proposed $18.7 million in additional funding for anti-violence initiatives next fiscal year, stating they plan to increase investments by $70 million over the next five years.

"Nothing is more important to the mayor and this administration than reducing gun violence and saving lives - especially the lives of innocent children," said a spokesperson for the mayor. "We have not reviewed Council's latest agenda closely yet, but we are pleased that many of the recommendations are incorporated into our summer planning, as well as year-round work with the School District, Philadelphia Works, Philadelphia Youth Network, and community-based partners."

Since January 2020, 875 youth ages 0-21 were injured or killed by gun violence, according to our Action News Data Journalism team.