Investigation: Are Philadelphia-area police departments diverse as communities they serve? 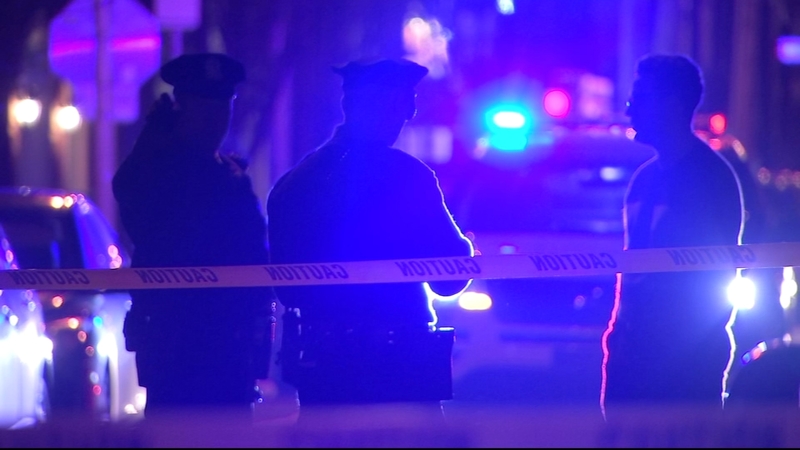 Are local police departments diverse as communities they serve?

PHILADELPHIA (WPVI) -- 6abc and ABC Owned Television Stations Group have been investigating police diversity across the country, including here in the Philadelphia area.

Policing has been a political hot potato in recent months.

For Black representation, the tri-state area ranks 7th out of 100, with about 20 percent of the population Black, and a roughly equal percentage of law enforcement officers, according to the most recent census data.

"We still have to do better, quite frankly," said Philadelphia Police Commissioner Danielle Outlaw. "But there's retirements, there's attrition, we have to make sure we keep our foot on the gas."

Outlaw is Philadelphia's first Black female commissioner. She said her goal is to make her department 30 percent female by 2030.

Currently, it is just over 20 percent.

The Philadelphia-Camden-Wilmington area currently ranks among the worst in the country in terms of equitable representation of Asian officers. The gap in Asian representation is actually larger than it may appear, because Asian residents make up a relatively small portion of the population: Asian people in the metro area are about six times less likely to be police officers than non-Asians.

"Especially these days, the rise of Asian hate has been really traumatic to our communities," said Randy Duque.

He said recruiting Asian American officers can be difficult.

Duque said some families find it's not a desirable job, while others have a historical mistrust of police and government. But he said representation builds trust and comfort for Asian Americans who can be reluctant to report crimes.

"It's simply because of language barriers," said Duque. "It's like... you don't speak my language, you don't understand me, and I don't really trust you."

But even while Black people are well represented in our region overall, gaps remain.

The Philadelphia Police Department has 1,933 Black officers, comprising about 31 percent of its sworn force. About 40 percent of city residents are Black. Overall, non-white officers make up just 43 percent of the department, while non-white people make up more than half -- 66 percent -- of the city population.

In some of the city's surrounding areas, underrepresentation of officers of color is even worse. Across the metro area, non-white police officers are most heavily underrepresented in Salem County, NJ, Gloucester County, NJ, and Delaware County, PA.

In Delaware County, the Folcroft Police Department has no Black officers despite a 35 percent Black population.

It's a problem echoed by other police brass in the county.

Haverford Township has two Black police officers out of a police force of 65, about on par with the township's Black population.

But Haverford also borders Upper Darby, which has a significant Black population.

"We travel all over the place, we go places to visit friends, we go places to shop," said Charles Wilson, who is Executive Director of the National Association of Black Law Enforcement Officers.

Wilson said it's important for largely white-collar communities to have diversity.

"When you go out, and you see an officer who looks like you, comes from the same backgrounds you do, it gives you a stronger sense of trust in the system," he added.

His township recently started paying for the police academy to attract not only more minority candidates but more applicants in general.

"We reach out to historically Black colleges, we reach out to different organizations, so we can't take them by the hand and drag them in," said Chief Viola. "We offer everything we can."

The Haverford Township Police Department has no Asian or Latino police officers, despite serving residents of both backgrounds.

All of those with whom we spoke said diversity is critical.

But they also stressed that poor representation does not equate to poor or racist police departments.

They said there are officers out there who stain the badge.

It's unfortunate, and certainly highlights the need for improved policing and diversity, so those diverse voices can be heard.

Most people in the U.S. believe that Black people and other minorities are not treated equally to white people in the criminal justice system. An ABC News/Washington Post poll last month found that 30 percent of all Americans -- and just eight percent of Black Americans -- believe that minorities receive equal treatment. A July 2020 ABC News/Washington Post poll found that only 10 percent of Black Americans think the police treat Black and white people equally.

Data suggest this issue of unequal treatment is exacerbated by a lack of officers of color.