WPVI
WILMINGTON, Delaware (WPVI) -- Voters have a unique opportunity in Tuesday's primary elections to upset the political status quo and change the trajectory of the Democratic Party in solid-blue Delaware.

The polls are open from 7 a.m. to 8 p.m. Tuesday. Mail-in ballots must be received by that time to be counted.

Delaware is getting ready for its primary elections next week.

The election features seven General Assembly races in which Democratic incumbents face challengers. That's more than double the three incumbent Democrats challenged in the 2018 primary. Many of this year's challengers have been inspired by the growing progressive movement within the Democratic Party nationally and are taking on incumbents who have served for decades in the legislature.

For some observers, the intraparty challenges are indicative of the diversity and changing demographics within the Democratic Party, and a product of previous electoral successes that have given the party control of the governor's office, congressional delegation, both chambers of the General Assembly, and all statewide offices.

Among the Democratic primary candidates are those seeking to become the first openly gay, transgender and Muslim candidates elected to the legislature.

Meanwhile, six candidates are competing in the Republican gubernatorial primary amid GOP discontent over how Democratic Gov. John Carney has handled the state's coronavirus response. Attorney and political newcomer Julianne Murray, who has sued Carney in federal court over his coronavirus restrictions, is the GOP's endorsed candidate.

On the national level, U.S. Sen. Chris Coons is facing a Democratic primary challenge from progressive newcomer Jessica Scarane, who believes Coons' desire for bipartisanship has made him too willing to compromise with Republicans. Attorney James DeMartino and conservative activist Lauren Witzke are vying for the GOP nomination. Witzke has denied accusations by some opponents that she supports QAnon, a far-right conspiracy theory popular with some supporters of Republican President Donald Trump.

In June, state lawmakers approved a bill authorizing universal voting by mail in primary, general and special elections in Delaware this year because of the coronavirus. Under the legislation, ballots were mailed to all those eligible to vote in the primary, which is open only to registered Democrats and Republicans.

Officials have estimated that half of the votes cast on Tuesday will be by mail. In-person polls are open from 7 a.m. to 8 p.m.

As of Friday, almost 57,000 Democrats, or about 16.3% of registered Democrats in Delaware, had returned vote-by-mail or absentee ballots, compared to roughly 11,500 Republicans, representing only about 5.7% of registered GOP voters.

Meanwhile, the state Republican Party has filed a Chancery Court lawsuit asking a judge to declare the new vote-by-mail law unconstitutional and to issue an injunction preventing universal voting by mail in the November general election. The state's response is due Tuesday.

Former Vice President Joe Biden and his wife Jill voted early in the Delaware primary because he'll be campaigning in Florida on Tuesday.

For more information: The primary and find your polling place. 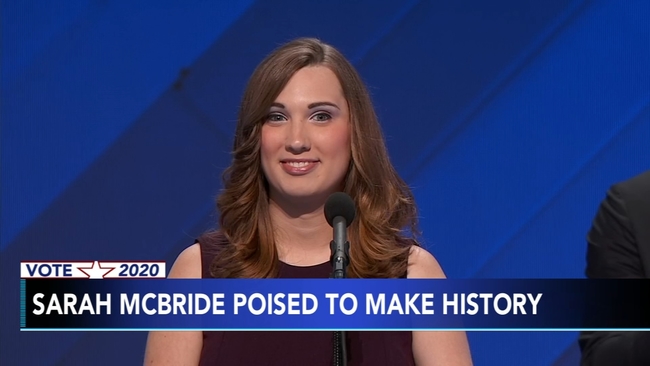 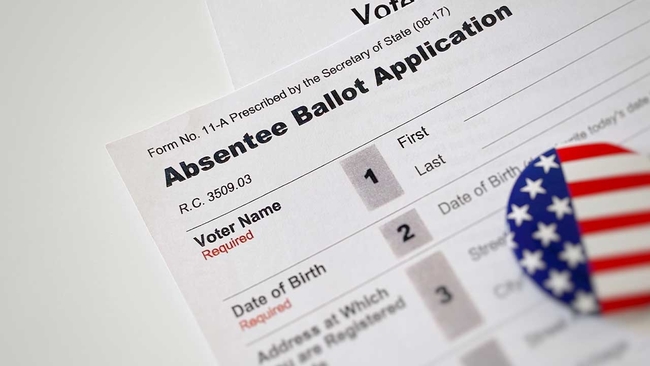 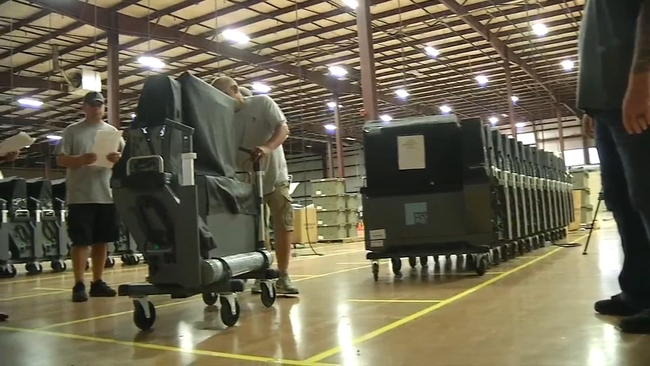 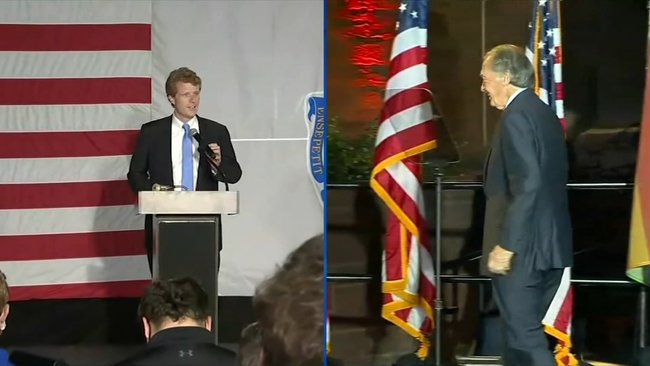