The governor was joined by lawmakers at the Packer Avenue Terminal.
WPVI
By 6abc Digital Staff 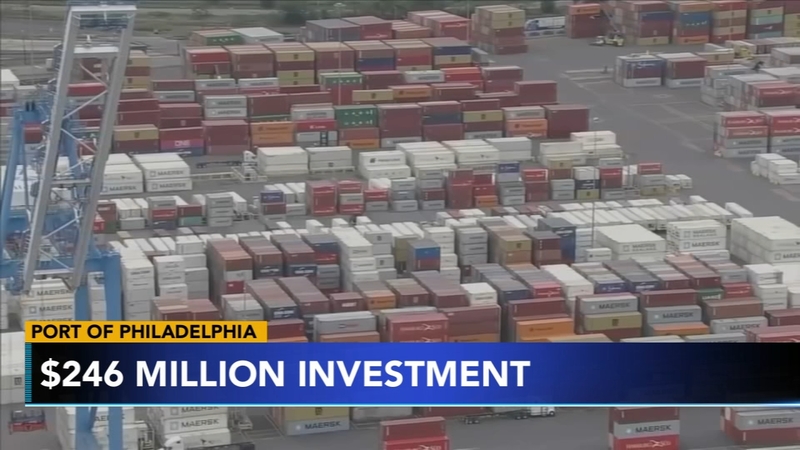 He was joined by lawmakers at the Packer Avenue Terminal on South Christopher Columbus Boulevard.

"The port is an economic driver, not only in Philadelphia, but across the commonwealth," Wolf said in a statement. "The port supports jobs, encourages trade, and builds connections that help businesses and communities across Pennsylvania thrive. This new $246 million investment will help the port build on its success over the past few years and will help Pennsylvania build on our commonwealth's economic success and job growth, too."

During the height of the supply chain crisis, especially near the holidays, major retailers were chartering their smaller ships in Philadelphia to try to keep up with the demand.

In 2016, Wolf announced his Port Development Plan. The governor's office said the plan was to redevelop underutilized areas of the Port of Philadelphia by investing more than $300-million in the port's infrastructure, warehousing, and equipment.

Officials said investments have included the purchase and implementation of three new super post-Panamax cranes at the Packer Avenue Marine terminal, the building of two new warehouses and the development of the Southport Auto Terminal, the first new port terminal in more than 45 years.