Authorities say the suspects got away with thousands of dollars' worth of perfume.
WPVI
By George Solis 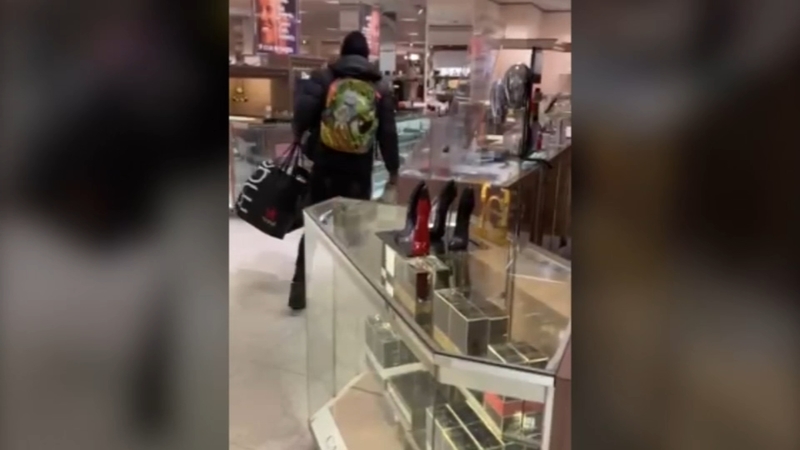 EXTON, Pennsylvania (WPVI) -- Police are looking for the suspects who stole thousands of dollars in perfume from a Macy's department store in Chester County, Pennsylvania.

It happened inside the Exton Square Mall in West Whiteland Township around 5:30 p.m. on Wednesday.

Seventy-three-year-old Mark Spool, who had a hip replacement just a year ago, was inside the store when he saw it happen.

He took out his cellphone and began recording.

In the video, released by police on Thursday, an employee can be heard yelling, "Hey, hey, hey! What are you doing?" as the group flees with approximately $2,000 in items. 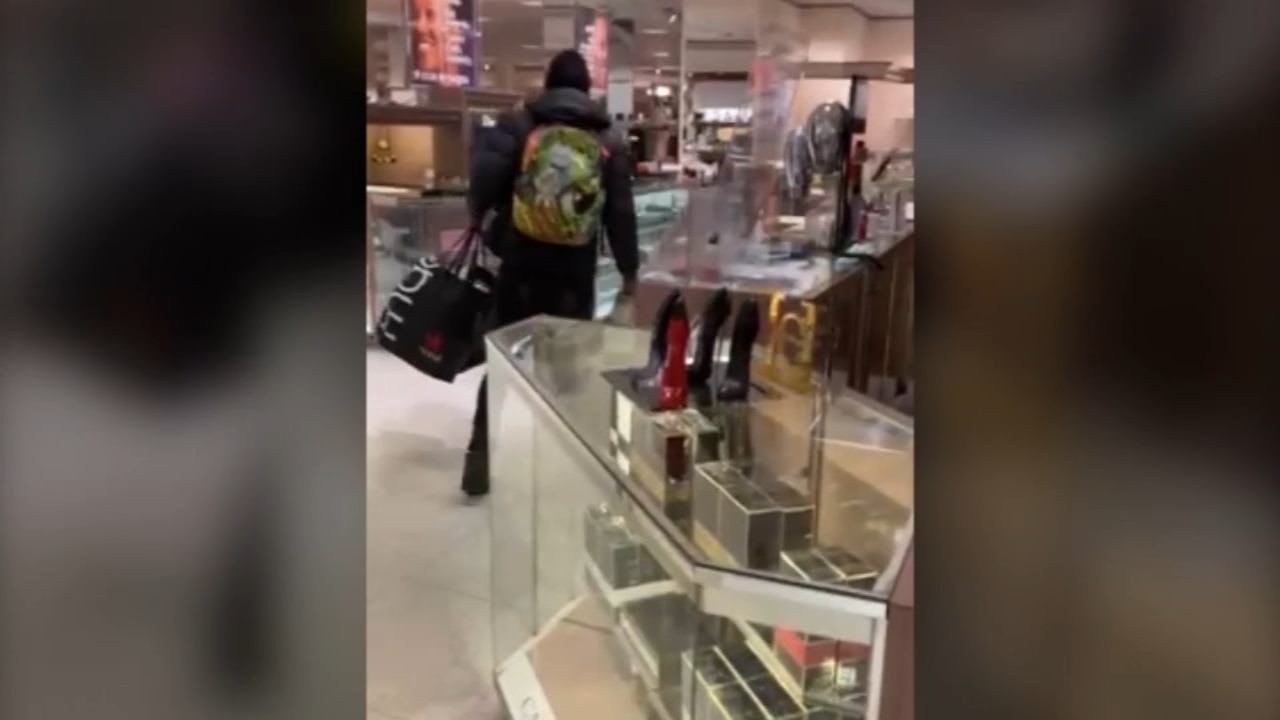 Spool runs after the suspects in an attempt to capture their license plates. Police say it appears the plates on their two getaway cars were missing or covered up.

"Your heart is pumping. Your adrenaline is going. Your mind is racing - 'what do I do?'" Spool said. "Running after them - I'm glad I did. They almost ran me over, but I stepped aside."

Spool said, upon seeing a clear crime in progress, he did the one thing he believed would be the best asset in helping police in their investigation.

"I've seen enough on television where people do that, so that was like the first instinct," Spool said.

While police don't recommend anyone run after suspects, they admit they would not have the video if it hadn't been for Spool.

The crimes usually involve groups of three to five who police say are often intimidating workers.

"We'll have a group coming out of Delaware. We'll have groups coming out of Philadelphia. We're investigating a fragrance group now in this whole tri-county area and we believe they are out of New York," West Whiteland Township Police Criminal Investigations Detective Scott Pezick said.

COLOGNE CAPER: A group of criminals was caught on video stealing merch at the Exton Macy’s yesterday.

The man who recorded and chased the group in an effort to help police?

Spool is also on the mend following a hip replacement.

Police say it's unclear why these types of thefts are on the rise, but believe it's likely due to the high-end value of the fragrances.

Investigators say thanks to Spool's video they may be able to link these cologne caper criminals to other cases.

"He didn't interfere, he let them do what they did and he tried to capture them on video," Pezick said.

Despite all he did, Spool still somehow feels guilty he couldn't do more.

"This is my contribution to society," Spool said.

Spool hopes his actions serve as some sort of deterrent to criminals, reminding them the public is watching.

Anyone with information on this crime is asked to contact Det. Scott Pezick at 484-875-6021 or spezick@westwhiteland.org.