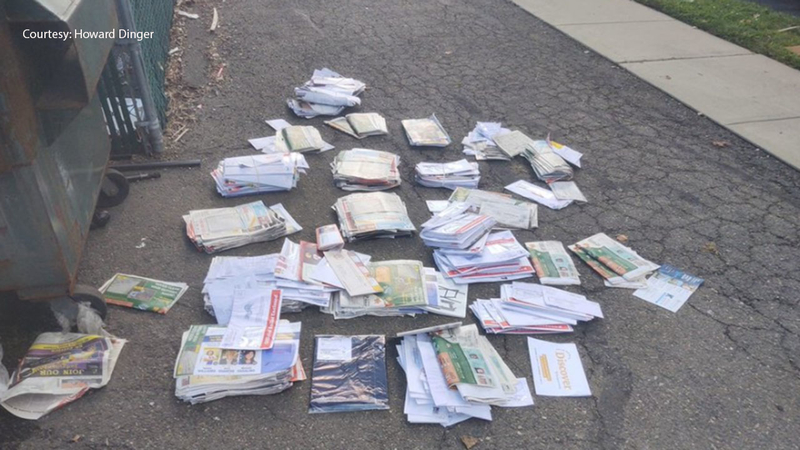 Nicholas Beauchene, 26, of Kearny, is charged by complaint with one count of delay, secretion, or detention of mail and one count of obstruction of mail. His bail was set at $25,000 with conditions.

The mail included 99 ballots for the upcoming election, and more than 600 pieces of first class mail.

The approximately 1,875 pieces of discarded mail was recovered from trash dumpsters in North Arlington and West Orange on Oct. 2, and Oct. 5., prosecutors said. It had been scheduled to be delivered to addresses on certain postal routes in Orange and West Orange.

In addition to the election ballots for residents in West Orange, prosecutors said 276 campaign flyers from candidates for the West Orange Council and for the school board also were recovered.

Prosecutors said Beauchene was the only mail carrier assigned to deliver to the addresses on the delivery dates.

The recovered mail was placed back into the mail stream for delivery.

The man who found the discarded mail in a dumpster last Friday said he was working when he came across it.

"At first it looked like junk mail circulars and things like that, and then I flipped over a piece and I saw something that said address correction and all that kind of thing," Howard Dinger said. "It's important mail, but thing, flip through a few more pages I saw the ballots on it, and at that point I knew it was serious.

He said reached out to the post office and then called the police as a non-emergency.

"To be honest, I'm not very political," Dinger said. "I mean the election is important, but I was more concerned about social security checks, you know, credit checks. Things like that. All kinds of stuff, and it's important to a lot of people."

"Unbelievable amount of mail," he said. "And there's all bundled like for each block. I guess that's about two to 300 pounds of mail."

He added that it's not fair for one person to ruin the reputation of so many good mailmen out there.
Report a correction or typo
Related topics:
trentonvote 2020politics2020 presidential electionmailmanusps
Copyright © 2021 by The Associated Press. All Rights Reserved.
TOP STORIES
Police ID man charged with murder after shooting at Pat's Steaks
Philly metro area among most racially segregated in country: DATA
Possibly linked: Man shot while at ex's, woman escapes flipped car
'Indians' no more: Cleveland finds new name for baseball team
Armed man fatally shot by officers after allegedly firing into crowd
Bagged carrots recalled due to salmonella risk
SEPTA passengers injured in North Philly bus crash
Show More
Morgan Wallen speaks out on using a racial slur in 'GMA' interview
NY Jets assistant coach dies after being struck by car
You may be waiting longer for your Domino's pizza
Tokyo Olympics begin with muted ceremony and empty stadium
VIDEO: Burglar nearly burns down car wash in Bensalem, Pa.
More TOP STORIES News