Rafiq Thompson, 38, is charged with Death of An Unborn Child in the shooting death of his pregnant ex-girlfriend.
WPVI
By 6abc Digital Staff and Annie McCormick 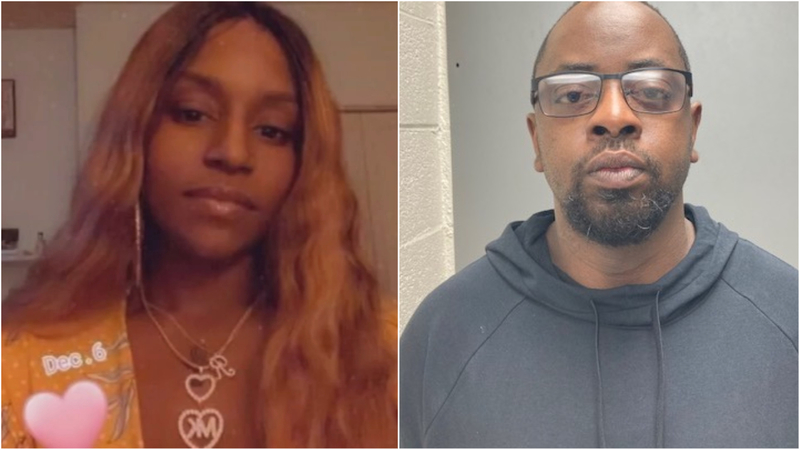 KING OF PRUSSIA, Pennsylvania (WPVI) -- Officials announced an additional charge Thursday against the man who was arrested for the murder of his pregnant ex-girlfriend at a King of Prussia gas station.

Thompson is also charged with First-Degree Murder, Third-Degree Murder, Person Not to Possess a Firearm and other related crimes stemming from the shooting death of 31-year-old Tamara "Myra" Cornelius.

SEE ALSO: Man sought in murder of ex-girlfriend at King of Prussia gas station turns self in

Upper Merion Township Police were dispatched at about 10:22 p.m. Friday to the Exxon Station at 113 N. Gulph Road for a report of shots fired.

When they arrived on the scene they found the victim, identified as Cornelius, lying in the parking lot and suffering from multiple gunshot wounds. 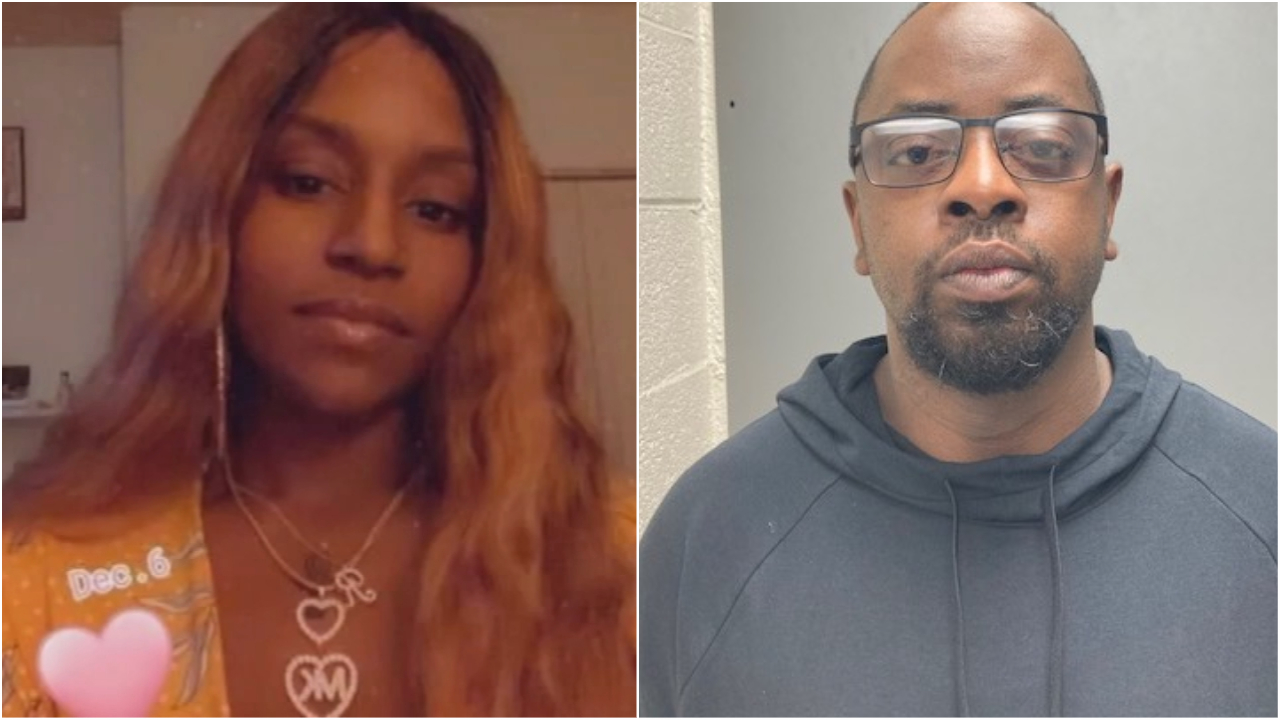 She was taken to Paoli Hospital where she was pronounced dead a short time later.

An autopsy on Cornelius' body determined that she was shot four times and that she was 14-weeks pregnant at the time of her murder. Thompson was the father of the unborn child, investigators said.

A homicide investigation conducted by the Upper Merion Township Police Department and the Montgomery County Detective Bureau revealed that the suspect and the victim were previously in a relationship.

Investigators said Thompson had texted Cornelius 93 times and called her 21 times between April 4 and April 6, which she did not answer.

On April 8, Thompson texted to invite her out to dinner, and Cornelius responded with several phone calls between them. 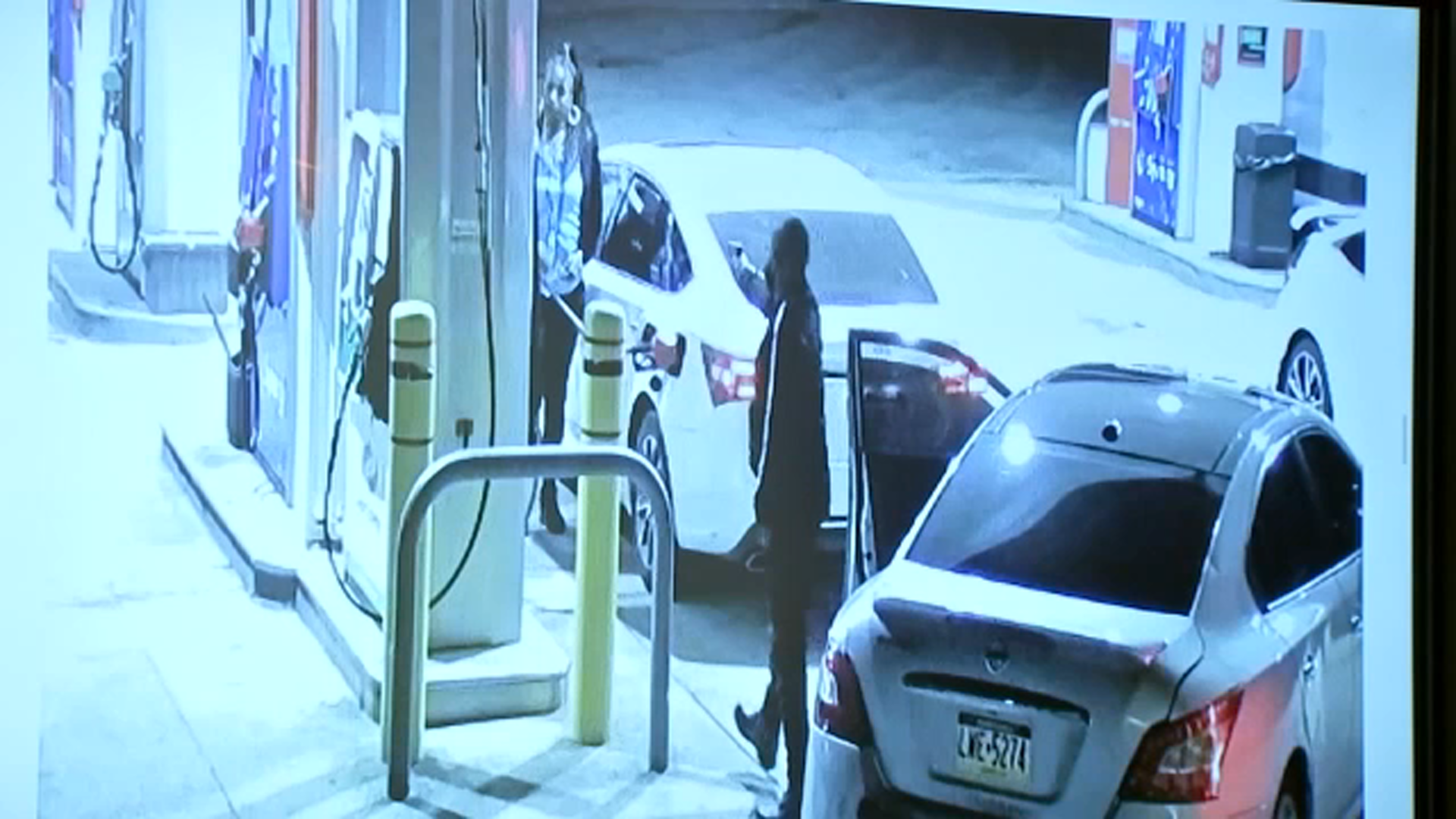 At 9:11 p.m. the two are seen in mall video surveillance meeting outside of The Cheesecake Factory before walking toward the restaurant's entrance. The waiter who served them told investigators that the two appeared to be having a contentious conversation, and when he brought the food to the table, Thompson had left.

Cornelius asked the waiter to box the food for take-out, paid the bill, then left the restaurant by herself, with mall video showing her exiting the restaurant at 10:15 p.m. and walking toward the parking garage, investigators said.

After her visit to the restaurant, she drove to the Exxon at 113 North Gulph Road. Police say Thompson followed her to the gas station with his lights off.

As Cornelius was pumping gas into her vehicle, police say Thompson exited his vehicle and shot at her multiple times, even as she attempted to run away.

According to investigators, a McDonald's restaurant receipt was found in Thompson's vehicle that showed he purchased food at 11:49 p.m., approximately one hour and 27 minutes after the murder. Video surveillance confirms his vehicle went through the drive-through lane of the restaurant.

"This violent criminal is now safely behind bars due to the great work of the Upper Merion Police and Montgomery County Detectives. I want to thank the public for the many tips we received, which put a spotlight on the defendant," said DA Steele. "Our thoughts are with Ms. Cornelius' family and friends at this sad time."

The gun was recovered in a lawn along the 400 block of S. Gulph Road.

Thompson was on state parole at the time of the murder, authorities said.

Family and friends gathered on Thursday night to remember Cornelius.

"She would help anybody. She loved people. She loved her kids. She always talked positive about anybody," said longtime friend Davida Wells.