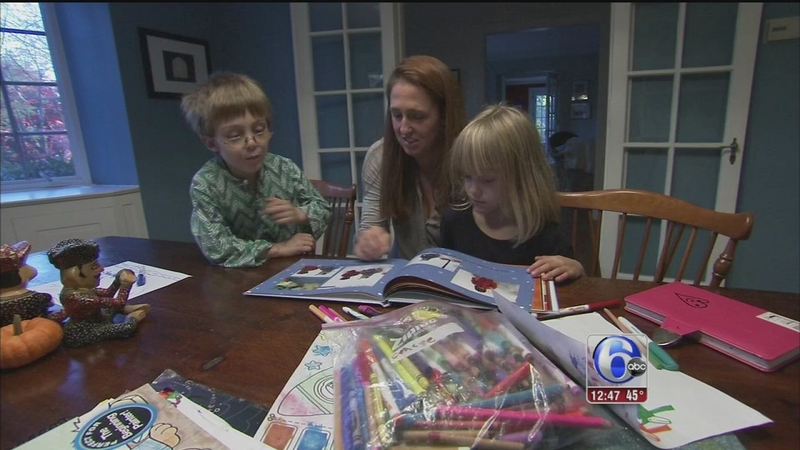 Health reporter and registered nurse Ali Gorman has one family's story - and tips for all parents on how to spot sleeping problems.

Gus Williams says he "loves to jump on the trampoline, play on the swing and play basketball."

These days not much can slow down 6-year-old Gus or his twin sister, Grace.

But that wasn't always the case, because when Gus was 12 months old, his mother, Megan Williams, says he kept getting sick.

He had pneumonia and had to be hospitalized at least 4 times that year.

Megan said, "It was scary because he would go downhill very quickly."

She says he also stop growing.

"We went for his two-year visit, and he had not grown at all," she said.

Dr. Beck says all kids are at risk, but especially younger kids. Most of the time, large tonsils and adenoids are to blame.

Signs of sleep apnea in kids include restless sleeping or sleeping in unusual positions.

For example, "your child might want to hyper-extend his neck to try to keep his mouth open," said Dr. Beck.

She says kids may snore, but not like an adult snores.

"The snoring doesn't have to be loud either. And a lot of times children don't snore continuously throughout the night," she said.

That was the case with Gus. He was diagnosed with sleep apnea at age three.

He had surgery to remove his tonsils and adenoids.

"His appetite improved, and he just started putting on weight," said Mom Megan. "He would get sick like all kids get sick, but he would bounce back from it."

And today, Gus is catching up to his sister. "He's just stronger and more resilient," added Megan.

Unlike adults, most kids don't act tired when they don't get enough sleep.

Many times, it's the opposite for kids: they become hyperactive.