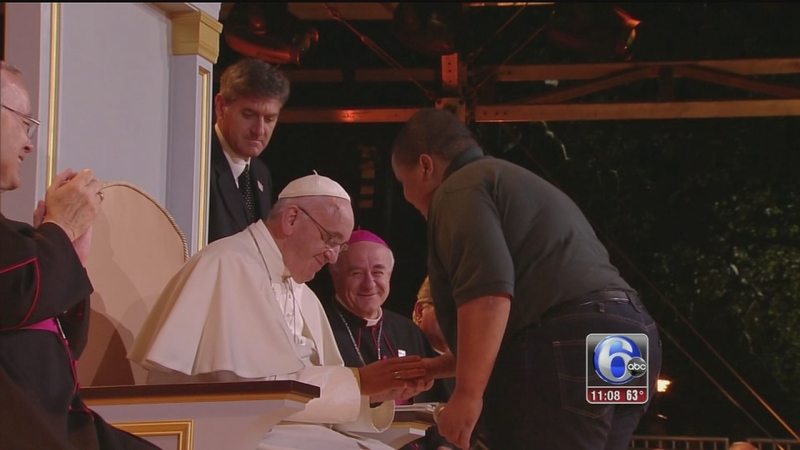 PHILADELPHIA (WPVI) -- A 14-year-old teen stood out among the star-studded performances Saturday during the Festival of Families.

Bobby Hill of Andorra played a starring role in the big event that took place on the World Meeting of Families stage on the parkway.

Hill, a member of the Keystone State Boychoir, brought down the house with his rendition of Pie Jesu by Andrew Lloyd Webber.

Due to a last-minute set change, Hill was chosen to perform for Pope Francis, just 5 minutes before he needed to take the stage.

Additionally, Hill learned he had to perform a capella, something he had never done until Saturday night.

Luckily Hill had performed the song before with the all-boy choir that he's been performing with for seven years.

Following his performance, Hill had a memorable exchange with the pope where he gave him a special gift he and his choir mates acquired during a rare trip to Antarctica in 2009.

"We brought back a rock we we're saving to give to someone special like maybe the president or the pope, but we ended up giving it to the pope tonight," said Hill.

He added the choir does have a second rock if the president would like to have them perform at the White House.

After thanking and blessing him, Hill said the pope gifted the choir with a blessed rosary.