All clear given at Cherry Hill school after threat 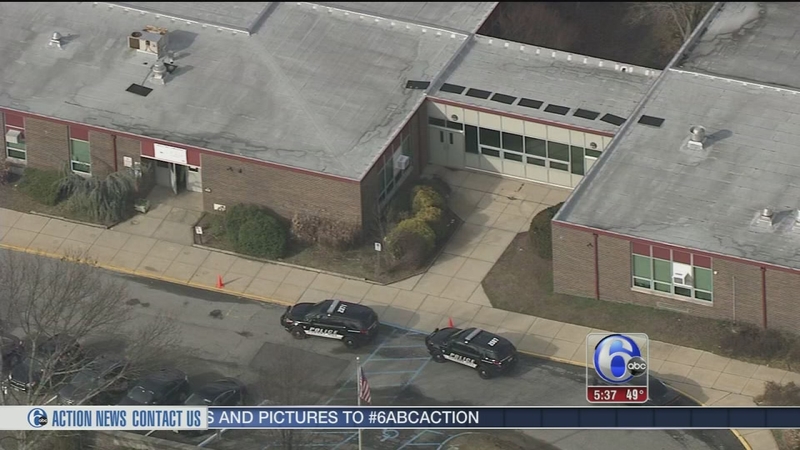 CHERRY HILL, N.J. -- The all clear has been given at the Beck Middle School in Cherry Hill after an anonymous threat prompted a lockdown for hours Wednesday.

All clear at beck middle school in cherry hill after hours of lockdown in the wake of phoned-in threats..I'll have a live report at 4 pic.twitter.com/ruXRYPSkho

In a letter sent out to parents, the school principal Sidney Dawson said the threat was made Wednesday morning.

It is unclear what type of threat was made.

School officials say the building is safe and the threat was revealed not to be credible.

Cherry Hill police were notified and the school was placed on lockdown status just before 11 a.m.

Chopper 6 showed police setting up a perimeter around the school, which is located at 950 Cropwell Road.

Students were taken to the gym as police scoured the building.

Hundreds of beck middle school students in cherry hill..locked down in gym after phoned-in threats at 11am..cop scouring the building.. pic.twitter.com/wo2yIUEcqj

In a video posted on the school's website, Cherry Hill Public Schools Superintendent Dr. Joseph Meloche said all the students have been accounted for.

"The building remains in lockdown; once the building is taken out of lockdown we will let you know," Meloche said.

Parents gathered in the parking lot of nearby Temple Beth Shalom waiting for word.

In cherry hill..parents wait for word in children locked down in the school after anonymous phoned-in threat..kids in gym..cops searching. pic.twitter.com/QLDMAQpMiv

The lockdown was lifted around 2:30 p.m.

Beck Middle School was dismissed as usual at 3 p.m.

The school released the following message on their website:

"All bus riding students are asked to ride the bus home as usual to allow for the most efficient dismissal possible. As per direction from the Cherry Hill Police, the school remains on lockout until dismissal, meaning no one will be allowed into the building."

Police are continuing their investigation as to the source of the threat.