"Somebody's not telling us the truth," said Captain Mark Burgmann.
WPVI
PHILADELPHIA (WPVI) -- Philadelphia police continue the search for a missing 2-year-old boy who was last seen on Tuesday morning.

Police say King Hill was last seen at 9:50 a.m. on July 7 at 31st and Page streets in Strawberry Mansion. 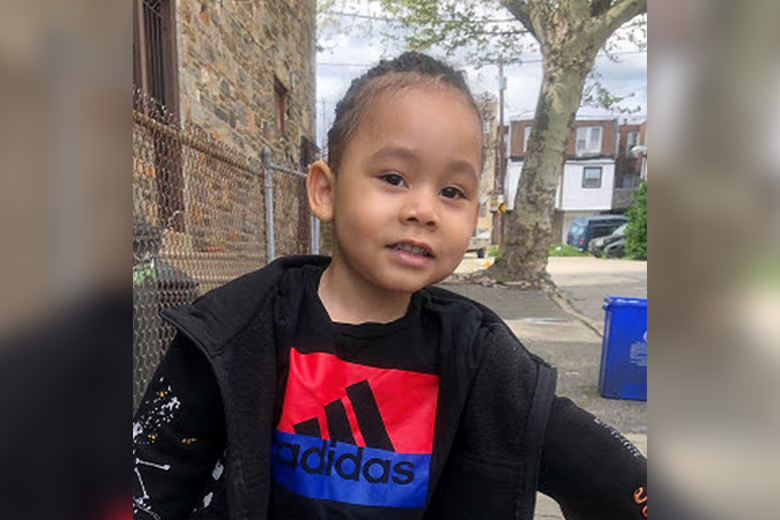 The toddler is described as three feet tall and weighing 32 pounds with a thin build, light brown complexion, with brown eyes and black hair.

The toddler's grandmother, Kimberly Hill, tells Action News that King's stepfather had the boy since the end of May.

The stepfather was to drop King off at the mom's house in two weeks for the toddler's birthday.

Instead, the mom received a text from the stepfather that set off the search for her son. The stepfather said a babysitter had dropped off King.

"She gets a text saying, 'Did you get the baby? She dropped him off at 33rd and Diamond.' That's the first time we heard of this babysitter. I don't know who this woman is," Kimberly Hill said.

MISSING: family sent me this video of 2 year old King Hill, missing since Tuesday at 31st and Page in Strawberry Mansion. Police have not released any suspect information @6abc pic.twitter.com/ILKxpD863d

The grandmother says she does not believe the stepfather had anything to do with King's disappearance.

At a Thursday evening news conference, police said that they've been able to talk to everyone involved, including the parents and the babysitter. Everyone was cooperative, police say, but they still have no new leads.

"Somebody's not telling us the truth because the babysitter is saying she returned the child to the mother. The mother's saying that she did not," said Captain Mark Burgmann.

Anyone with any information on King's whereabouts is asked to contact Special Victims Unit at 215-686-3251 or 911.
Report a correction or typo
Related topics:
philadelphiamissing boymissing childrenmissing person
Copyright © 2020 WPVI-TV. All Rights Reserved.
More Videos
From CNN Newsource affiliates
TOP STORIES