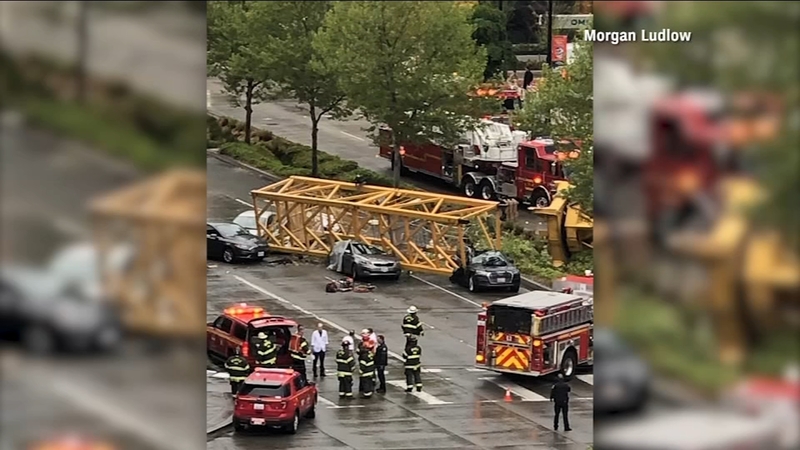 The four were dead by the time firefighters got to the scene, the Seattle Fire Department said. Three people were transported to the hospital, the department said.

The crane collapsed near the intersection of Mercer Street and Fairview Avenue near Interstate 5 shortly after 3 p.m.

"It was terrifying," Esther Nelson, a biotech researcher who was working in a building nearby, told The Seattle Times .

"The wind was blowing really strong," she said, and added that the crane appeared to break in half.

The crane was atop an office building under construction in a densely populated area.

Tweets from the scene showed the crane collapsed on the street, with vehicles stopped in the vicinity.

All lanes were closed, and motorists were told to avoid the area.

With Amazon and other tech companies increasing their hiring in Seattle, the city has dozens of construction cranes building office towers and apartment buildings.