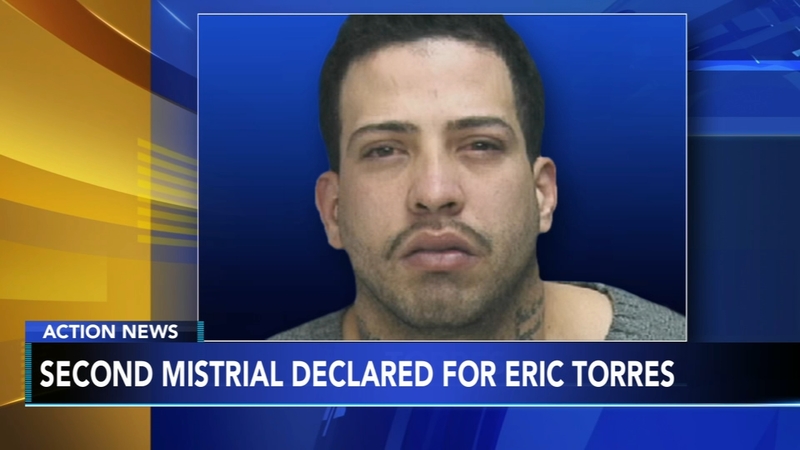 PHILADELPHIA (WPVI) -- A mistrial was declared Thursday in the case against Eric Torres, who is accused of shooting a Philadelphia police officer in 2013.

He was tried again last month, but a judge called off the trial when prosecutors admitted they showed the wrong gun to the jury. Thursday marked his second retrial.

A statement from the Fraternal Order of Police said they will keep fighting to bring Torres to justice.

"While we are extremely frustrated we will continue to support Ed and his family for as long as it takes to bring this person to justice," they said.

Officer Davies was in a coma for weeks, and still suffers nerve damage from the shooting.