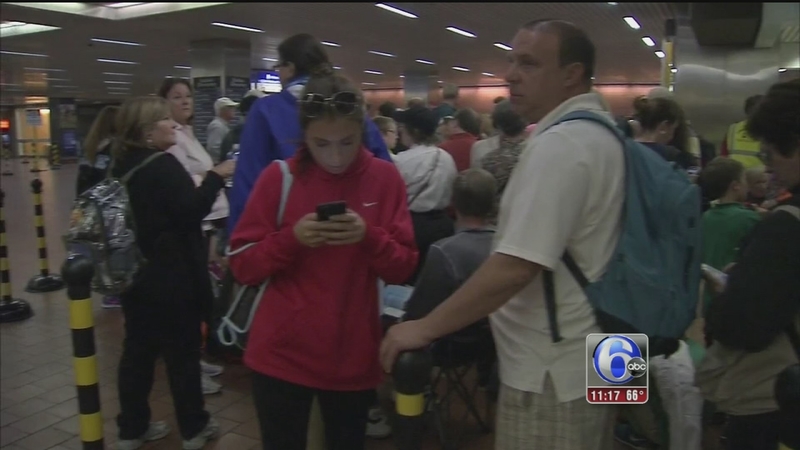 PHILADELPHIA (WPVI) -- Regular weekday service has resumed on SEPTA transit buses, subways and trolleys following Pope Francis' two-day visit to Philadelphia, with the exception of Regional Rail, which is operating on a Saturday schedule.

Enhanced service is operating on the Cynwyd and Wilmington/Newark Lines.

And some SEPTA bus detours remain in effect, especially in the Center City area, as crews continue cleanup and removal of security barriers in and around the Francis Festival grounds.

SEPTA advised riders to check www.septa.org before traveling on Monday.

The transit agency estimated it brought about 40,000 passengers into Center City Philadelphia Sunday morning for the papal Mass.

SEPTA spent then spent Sunday afternoon trying to get them all out of town, as pilgrims went from lines on the parkway to lines on the subway.

"We spent a lot of time preparing for this, we've got trains sitting in the yards ready to come in and swoop people off the platforms," said Knueppel said.

Lanes were set up above ground at SEPTA's main stations to funnel people down to the platform the second trains arrive.