Police say a suspect led officers to the 4700 block of Leiper Street where he barricaded himself inside a residence.
WPVI
By 6abc Digital Staff, Annie McCormick, Bob Brooks, Bryanna Gallagher and Katherine Scott 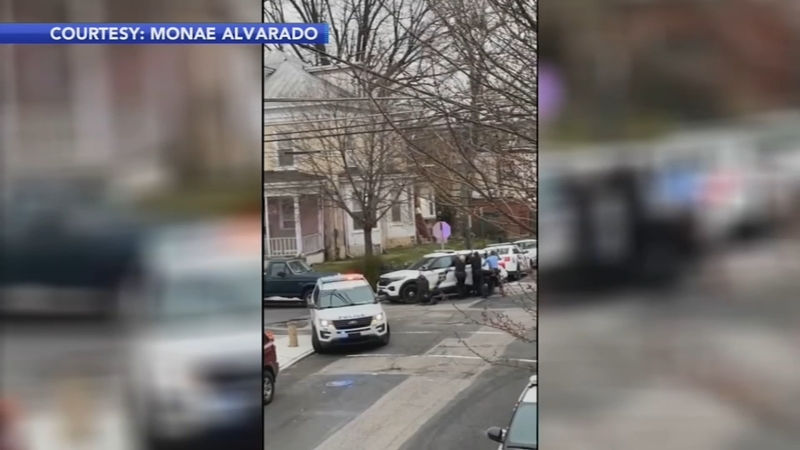 PHILADELPHIA (WPVI) -- A gunman accused of shooting two women and a SEPTA police officer on Wednesday night was found dead after a chaotic barricade situation in Philadelphia's Frankford neighborhood.

The injured SEPTA transit police officer has been identified as 28-year-old Ervis Onuz, a three-year veteran of the force. He is in stable condition. 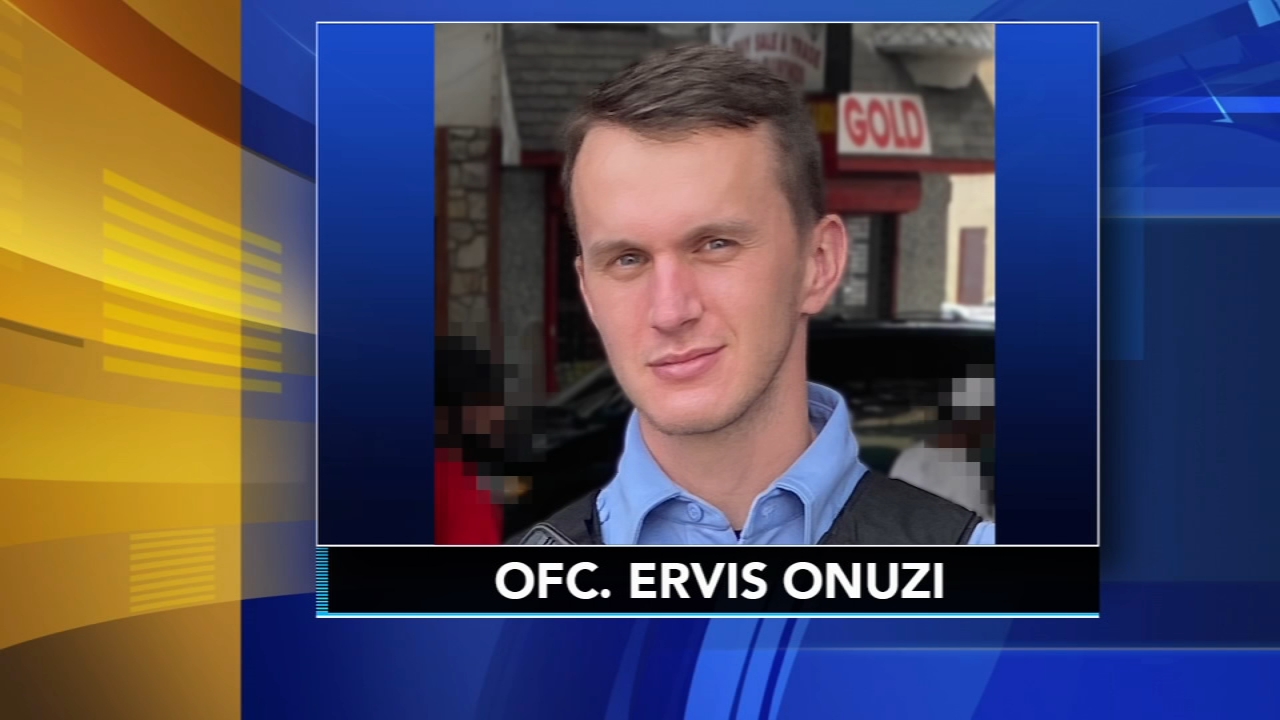 "I'm beyond grateful that the brave SEPTA police officer will recover physically from last night's attack. Far too often, we have taken the long walk from hospital bays towards the cameras to share news of our colleagues' conditions. (SEPTA Police Chief Thomas Nestel) and I are only a week removed from standing in formation at the funerals of our brothers, Pennsylvania State Police Troopers Mack and Sisca. While I hope we never have to take that walk again, there is always a sense of joy when we can share news that our colleague will make it. May God bless all of our brave officers."

I'm beyond grateful that the brave @SEPTA police officer will recover physically from last night's attack. Far too often, we have taken the long walk from hospital bays towards the cameras to share news of our colleagues' conditions. @TNestel3 and I are only a week removed from.. pic.twitter.com/65fIVbo7dI

The incident started around 7 p.m. Wednesday when shots were fired near Arrott and Griscom streets.

A witness said he was standing at a bus stop when a man started shooting from a block away.

"A lady got hit, right next to me, standing at the bus stop," the witness told Action News.

Two women, ages 42 and 57, were hit in the hip area. They were taken to the hospital in stable condition.

Chopper 6 was overhead as police blocked off the Frankford neighborhood as the barricaded gunman fired at officers from the second and third floors.

At some point during the incident, authorities say a Philadelphia police officer became pinned down by a small wall as the suspect was firing.

That's when SEPTA Officer Onuzi, who is also a SWAT team member, took action to save the officer's life.

"He drew his assault weapon and charged forward, yelling to the officer to go, and he was covering that officer as he got shot," said Chief Nestel.

Onuzi was shot at least one time in the abdomen. He was rushed to Temple University Hospital where he underwent surgery.

The SWAT units established a perimeter around the apartment building.

"Shortly after 8 p.m., we were able to utilize technology and it appeared the male was down in the second floor close to the window," Sgt. Eric Gripp with the Philadelphia Police Department said.

The gunman was later found dead from a self-inflicted gunshot wound, Gripp said. Police say the shooter had a Glock with 15 rounds that were emptied.

"Our thoughts and prayers are with this brave SEPTA police officer who sustained this injury. Here we are again on another night in our city and just this completely and totally unacceptable and reckless gun violence nearly took three innocent people's lives, and we're so grateful that it wasn't worse than it was," said Sgt. Gripp.

The gunman has not been identified nor has a motive been revealed. The suspect's family said they were trying to contact him as the shots rang out.

"We can't get in contact with him at all. I just hope he's going to be alright," the family member said before the barricade ended.

#BREAKING Police presence is growing at Temple U hospital where @septa police officer is in critical condition following a shooting in the Northeast @6abc pic.twitter.com/sOqAGXixkJ

The suspect's body was removed from the apartment building early Thursday morning.

Fellow officers crowded outside the ER waiting for word on the injured officer. Applause broke out when Onuzi appeared on FaceTime, giving a thumbs up after surgery.

This was the big moment of relief for fellow officers waiting outside the ER.The injured SEPTA officer gave a thumbs up while on FaceTime after surgery.