The 33-year-old trooper leaves behind a wife and two daughters.
WPVI
By Maggie Kent and 6abc Digital Staff LEVITTOWN, Pennsylvania (WPVI) -- Law enforcement officers from across the region came together to say final goodbyes to a friend and colleague. 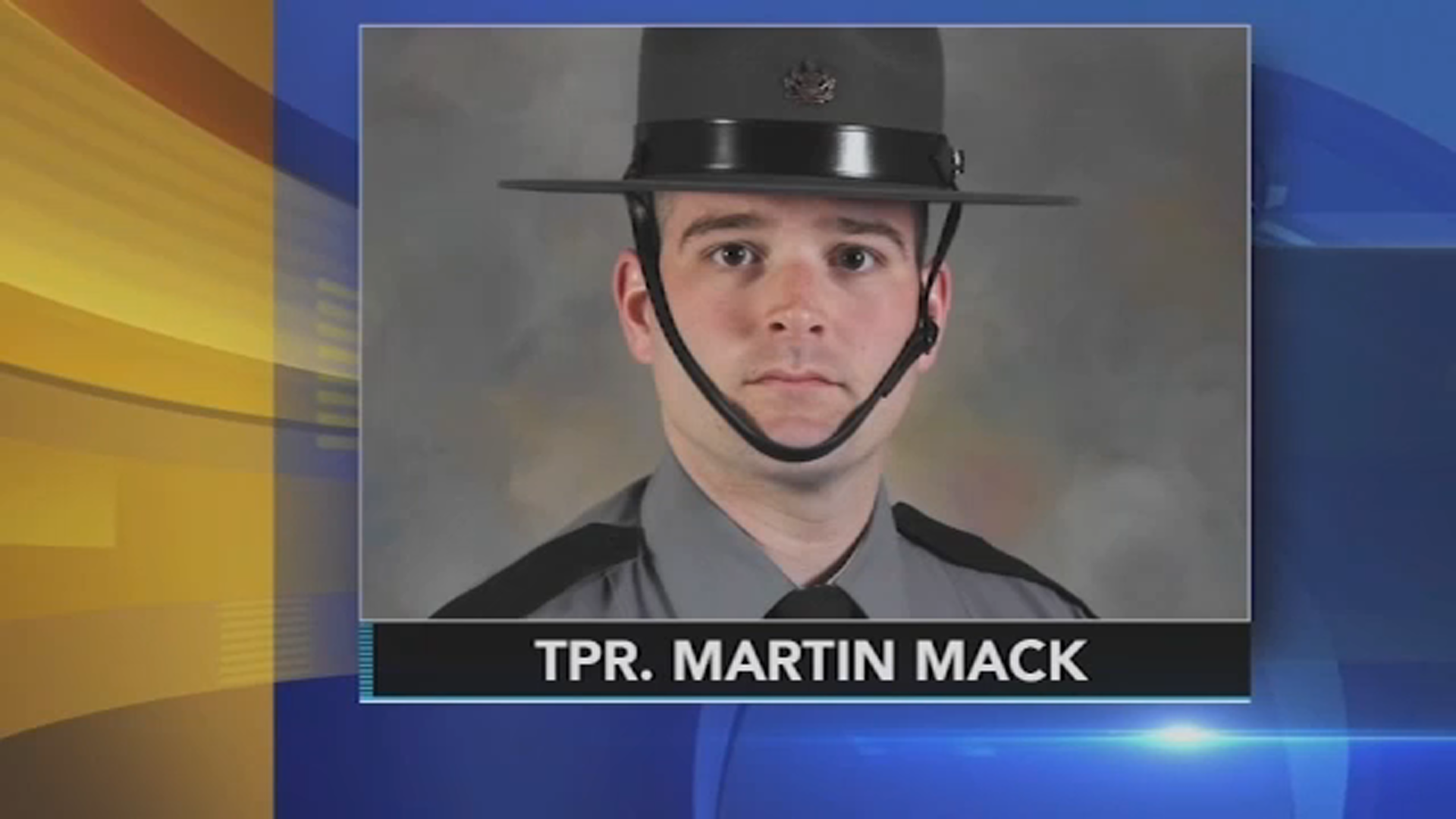 His casket was then led inside, followed closely by his wife, Stephanie, and two daughters, Olivia and Rowan.

"He was my best friend, he was my husband, he was the father to my two children," Stephanie Mack said during the service. "And most importantly he was my heart."

"Everyone will keep your memory the way they need to. I will remember my hero as an amazing father, my best friend and my filter, my sounding board, and my husband. The girls were incredibly lucky to have you, even if that time was cut incredibly too short," said Mrs. Mack.

The wife of Tpr. Martin Mack, Stephanie, speaks during the funeral service on March 31, 2022.

Hundreds packed inside to honor the husband and father who made the ultimate sacrifice.

Neighbors and civilians lined the sidewalks to pay tribute, holding American flags. In front of the church, flags from troop barracks across the nation waved.

"When an officer or trooper makes the ultimate sacrifice, it's felt by all of us, because we could all relate to that loss, and the sense of duty that comes with it," said Lt. Adam Reed of the Pennsylvania State Police.

Trooper Mack joined the Pennsylvania state police academy in 2014 and spent his entire career working out of Troop K, in Philadelphia.

"Marty did not have a goal to put his time at Troop K and eventually move to a less strenuous assignment. Marty was from this community and he loved working the streets of this community," said Cpl. Paul LaPlaca, Delaware State Police.

He was a graduate of Monsignor Bonner High School and Albright College. He was also a sergeant in the U.S. Army National Guard, as well as an assistant coach for the Truman lacrosse team.

Tpr. Mack, Tpr. Branden Sisca, and another man were all killed when a suspected drunk driver hit them on I-95 in South Philadelphia.

A public viewing for Sisca, 29, is scheduled for Friday from noon until 3 p.m. and from 5 p.m. to 9 p.m. at the Boyd-Horrox-Givnish Funeral Home at 200 W. Germantown Pike, Norristown.