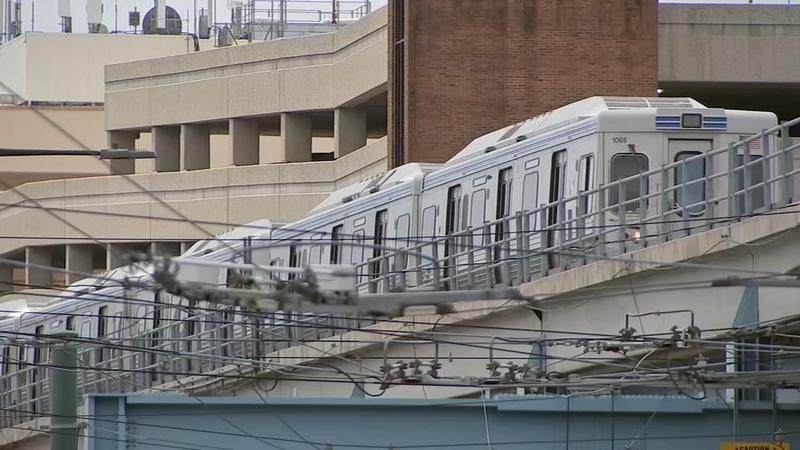 PHILADELPHIA (WPVI) -- A man fired shots on board a SEPTA train Monday morning before jumping from the moving train to his death, authorities told Action News.

The shooting happened around 6:12 a.m. at the Arrott Transportation Center at Frankford and Arrott streets.

Officials said the suspect shot a 27-year-old man in the abdomen and arm. He then fled to the space between train cars and attempted to jump onto the tracks.

Investigators believe the man, whose name was not released, was dragged underneath and hit by the train when he jumped.

The shooting victim was taken to Temple University Hospital, where police said he was listed in stable condition.

A spokesperson with SEPTA told Action News that 60 security guards were added to the Market-Frankford line in April as part of a new initiative. The spokesperson was not sure if a guard was on the train or nearby when the shooting happened.

"In addition to our SEPTA police officers, we have hired private security, security guards, along the Market-Frankford line," said SEPTA spokesperson Andrew Busch.

According to the gun violence archive, Monday's shooting marks the 15th shooting incident in or around a SEPTA station over the past five years, and the fifth this year alone.