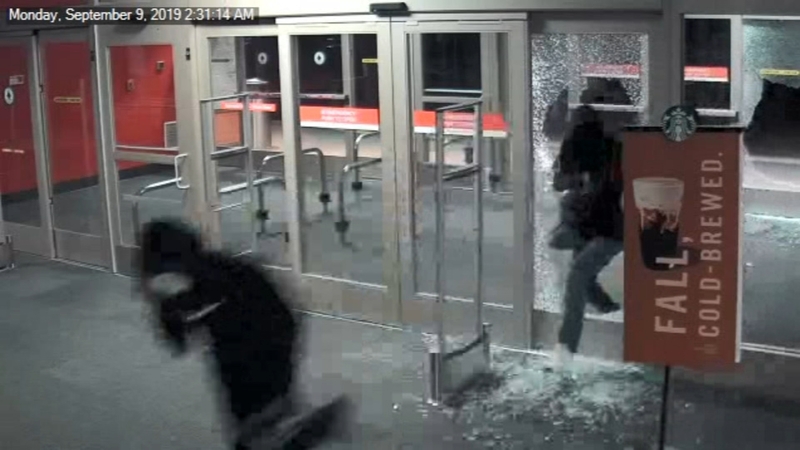 EXTON, Pennsylvania (WPVI) -- Police in four states are searching for masked burglars who have hit nine Target and Verizon Wireless stores, getting away with thousands of dollars in Apple products.

Many of the burglaries, from Pennsylvania to Massachusetts, have been caught on camera and show the suspects breaking through the front door of each store.

The suspects can be seen running to the electronics section and immediately ripping Apple devices from displays and locked glass cases.

The burglaries started in July, but the most recent one happened Monday at about 2:30 a.m., at the Target located at 201 Sunrise Blvd., in Exton, according to detective Scott Pezick.

The six locations affected in the area include:

Pezick said the suspects are seen on video at least twice leaving stores with a pink Razor scooter and the stolen items.

Investigators aren't sure if the scooter is being used during the burglaries, or whether it was stolen in the process.

Detectives believe the crooks are parking in nearby neighborhoods behind each store, and are possibly using that as a getaway tactic.