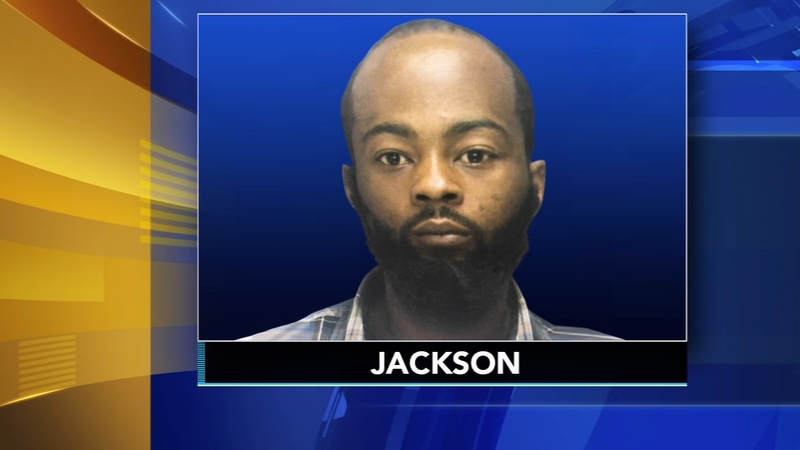 SOUTH PHILADELPHIA (WPVI) -- A 41-year-old man was shot and killed after answering a knock at the door of his South Philadelphia home, police say.

The shooting happened around 11:30 p.m. Sunday on the 2000 block of South Norwood Street.

Police say Richard Jackson was shot once in the chest at point-blank range and collapsed just inside the home.

He was taken to Penn Presbyterian Medical Center where he was pronounced dead a short time later.

"He has one son, and I feel so sorry for him because he lost his father over nonsense," said Selina Wilson. "This is nonsense."

"They said it was a knock on the door, a big boom, neighbors rushed in and he was laying there on the floor shot in the chest," said Wilson.

She said Jackson and her daughter had been together for 13 years. They were all at a barbecue a few blocks away when, she says, a discussion between Jackson and another man became heated. That man was told to leave.

"An altercation had occurred at the cookout but we had smoothed it out. He was on his way and my son-in-law, he came home," said Wilson.

He was home alone when he opened the door, and a shot was fired at point blank range. Jackson was rushed to the hospital where he was pronounced dead.

Loved ones implore the gunman to turn himself him.

"We know who you are. So you might as well turn yourself in because you can't hide," Wilson said.

Police describe the shooter as a tall, thin man who was wearing a white shirt and dark colored pants. He fled northbound on Norwood Street. Investigators are looking at surveillance cameras in the area to see if they captured any footage to help with the investigation.