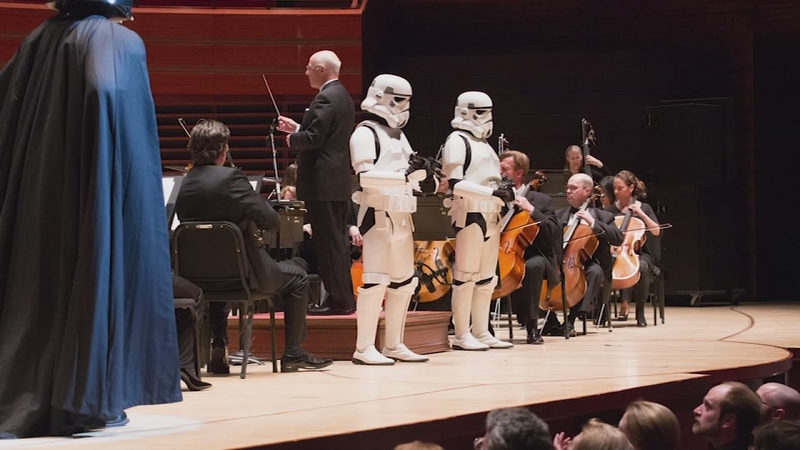 The Philly Pops are kicking off a new season with a tribute to Stars Wars.

It was 40 years ago that director George Lucas released the megahit, and the Philly Pops are recreating the classic soundtrack live in concert with a full symphony orchestra.

The show is dubbed A Star Wars Celebration and will feature music from Academy Award-winning composer John Williams.

"It's going to be a very dynamic program. People will recognize all of the music because it all comes from favorite movies," says Philly Pops Music Director and Conductor, Michael Krajewski, who bills it as an intergalactic journey through the Star Wars soundtrack. "Music from pretty much all the Star Wars films, including, of course, the Imperial March, Darth Vader's theme song and a lot more."

Krajewski swears audiences will feel like they're seeing the actual movie live on stage, saying: "We expect Darth Vader to show up and come out. He might get on the podium and conduct part of it. We'll have Storm Troopers out there and some other characters."

The Pops will be joined on stage by the 180-voice Festival Chorus, but the experience starts before you even walk into the concert hall.

The second half of the program will pay tribute to Lucas' friend and fellow director, Stephen Spielberg.

And he promises this: "It's just going to be a lot of fun, a perfect concert for the entire family."