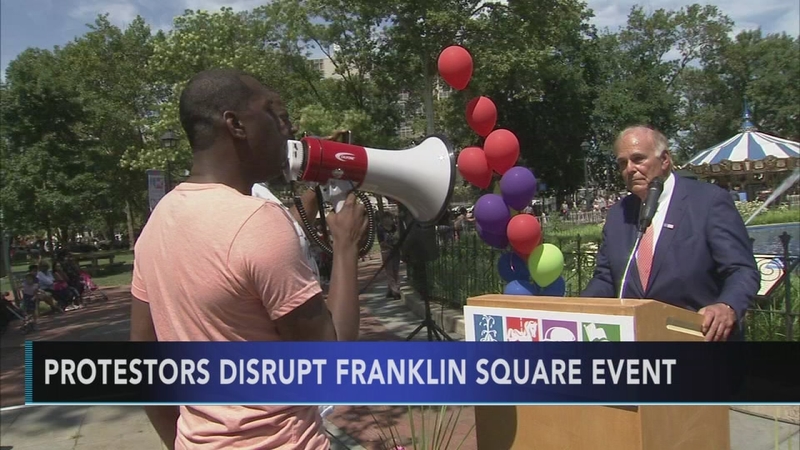 CENTER CITY (WPVI) -- A children's event in Franklin Square on Monday was disrupted by a protest over the deadly police-involved shooting of David Jones.

Surveillance video shows Jones being shot in the back while running from the scene of a traffic stop in Hunting Park last month.

"And we're saying now that no politician will be safe, no event, no press conference, we don't care what we have to do. We're saying as far as that's concerned, we want justice for David Jones immediately," said Asa Khalif, Black Lives Matter activist.

Rendell reacted by saying the protesters had every right to demonstrate.