Transgender teen gets support from family, friends and his own business

WPVI
By Adam Joseph
PHILADELPHIA (WPVI) -- All this month, we here at Action News have been celebrating Pride Month. A month to mark the history and the achievements of the LBGTQ communities.

We'll be taking a look at some of the notable locations that have marked the struggle for LBGTQ civil rights and meeting some amazing people along the way.

One of those amazing people is a young man named Karson-- a transgender teen who is becoming who he is, with the help of his family, some good friends, and his very own business.

"Around four-years-old Karson asked us why he was born a girl and why not a boy and that was a hard question. How do you answer that?" said Karson's mom, Josette Stankiewicz.

She says Karson always acted more like a boy than a girl-- dressing in boy's clothes, playing with toys made for boys, and befriending mostly boys instead of girls.

For Karson, things started to click in sixth grade, when a friend came out as transgender. But it wasn't until this past September when he finally began to transition.

"It took a long time for myself to come to terms with it. It was more or less I sat down with myself and I made a pros cons list literally, so I knew what was going to happen if I decided to transition literally. And the cons was just like what other people thought. So it was just like I need to get over that because I need to be who I am," said Karson.

With the support of his family, and a certainty that he is male, Karson proved to be a good candidate for gender reassignment surgery. He began the process this month. But surgery can be expensive. 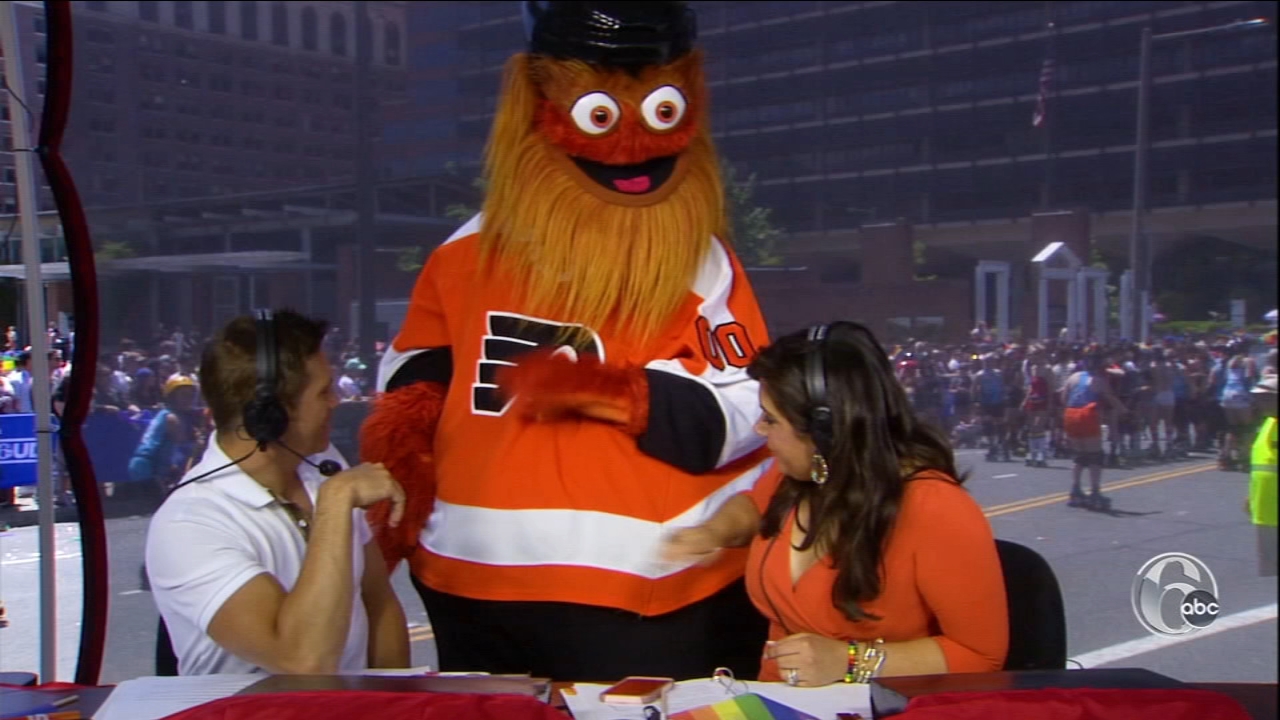 Celebrating Pride month in Philadelphia
There are lots of ways to celebrate Pride and remember the 50th anniversary of the Stonewall riots.

So Karson got creative. Along with his best friend, he developed and sold t-shirts bearing one simple word: "Human." LINK to the Human Collection.

"It's kind of spiraled into something else that's much greater than a piece of artwork. We're all human. I don't understand why there's roles that society has created based on our anatomy. I don't get it," said Karson.

Karson raised enough for surgery and will start college in the fall, as a young man with a thriving business, and the love and support of family and friends.

"Friends are a very important thing and if your friends don't support it, those aren't your real friends," says Karson.

Coming up this Sunday, check out our special presentation: Philly Pride: 50 Years Since Stonewall.

You can hear more of Karson's story and meet other kids like him.

We'll also introduce you to people who lived through Stonewall and the changes since, and take you on a tour of important sites in the LGBTQ communities, in Philadelphia and beyond.

And then a historic event. 6ABC becomes the very first TV station in Philadelphia to air the Philadelphia Pride Parade.