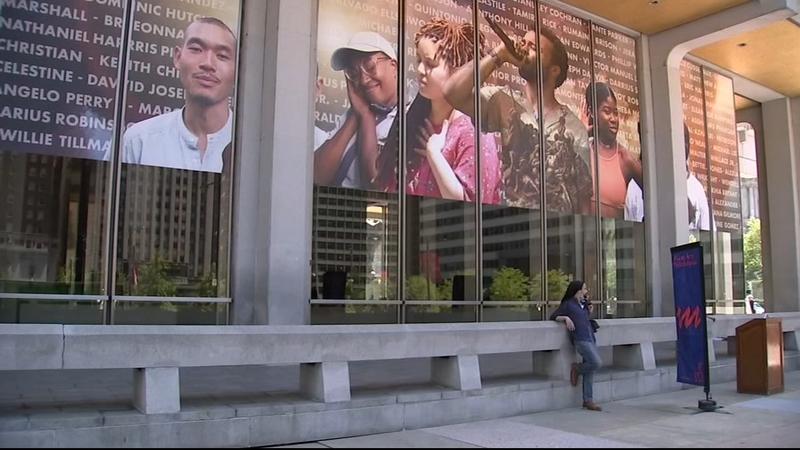 PHILADELPHIA (WPVI) -- Deboar Charmeuls couldn't help but smile as her mom and dad posed for a photo next to her in front of the Philadelphia Municipal Services Building. As they posed, her dad kissed her on the cheek.

"He thinks I'm a celeb!" she said of her father's pride.


Charmeuls' face is now on the side of the city building right across from Love Park. 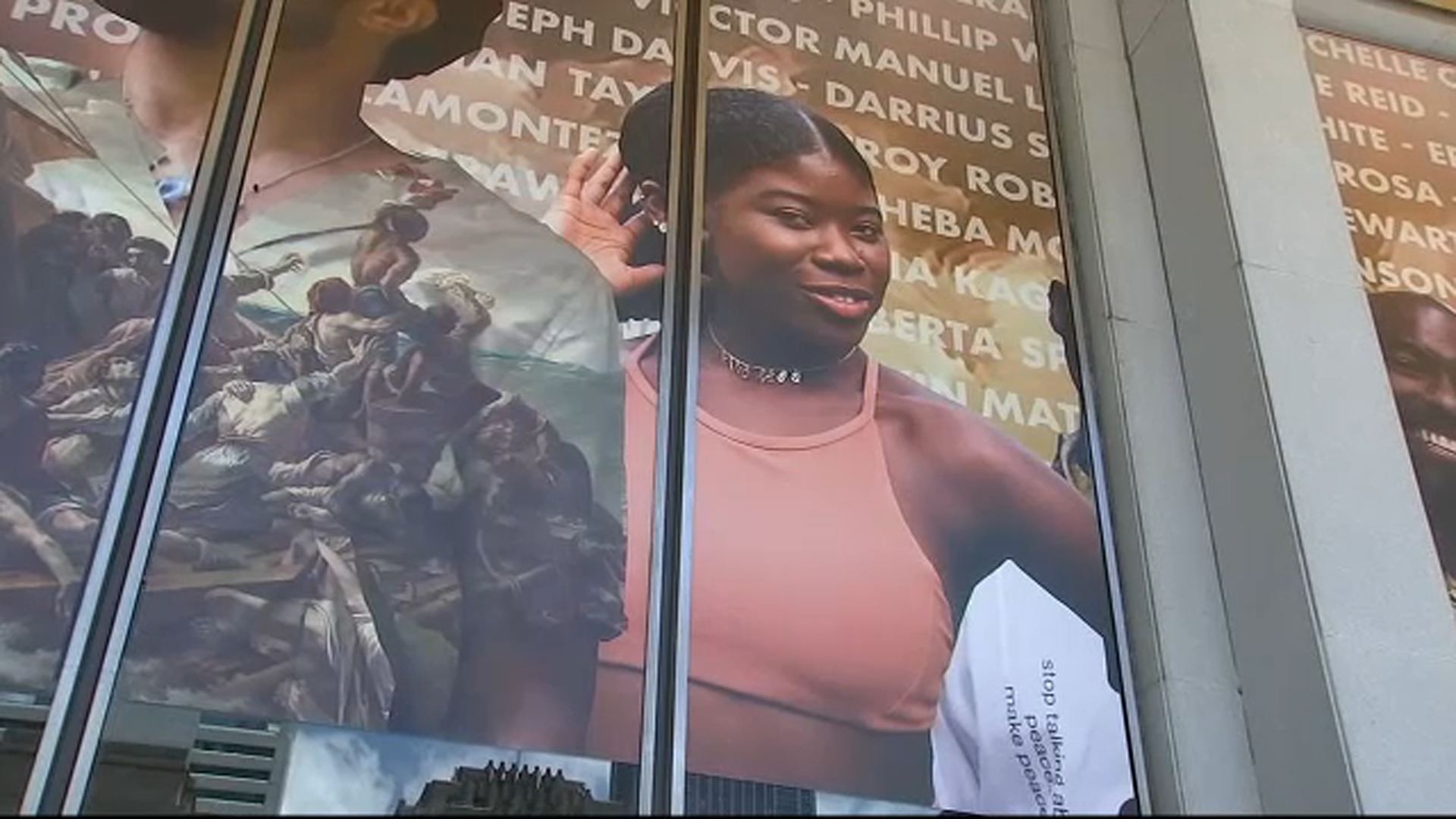 The image, featuring local people engaged in activism, meditation and yoga, is a mural entitled "Crown: Medusa." It's one of two murals on the building that were dedicated Tuesday afternoon.

North Philadelphia native Russell Craig was approached by Mural Arts Philadelphia to do the works last summer as the city was involved in protests and uprisings over the murder of George Floyd.
"We find ways to fight, and me as an artist, I started to realize I think that's my duty," said Craig.


Mural Arts Philadelphia joined in partnership with the City of Philadelphia for the installation of the murals on the Municipal Services Building.

Crown: Freedom is on the east side of the building. Crown: Medusa is on the west side. The Medusa mural features the painting The Raft of the Medusa, which Craig says represents the turbulent times we are in right now. He says the people featured represent the hope that comes after tragedy.

"They're inspiring," he said. "And you can feel that!"

The mural on the east side of the building features the faces of African American women who have been instrumental in fighting systematic racism, registering voters and helping people through the COVID-19 health crisis.

"I don't think Black women get enough credit," said Craig of his inspiration for the mural.

Mural Arts Philadelphia installed the first mural Crown on the Municipal Services Building in August. Craig incorporated Geroge Floyd's name and the names of other people killed by police into his murals.

The murals replace another piece of art that once stood at the same building: a statue of former Philadelphia Mayor Frank Rizzo who many believe incorporated policies that unfairly targeted Black communities. Leaders say the decision to remove Rizzo's statue and put up these murals was very intentional.