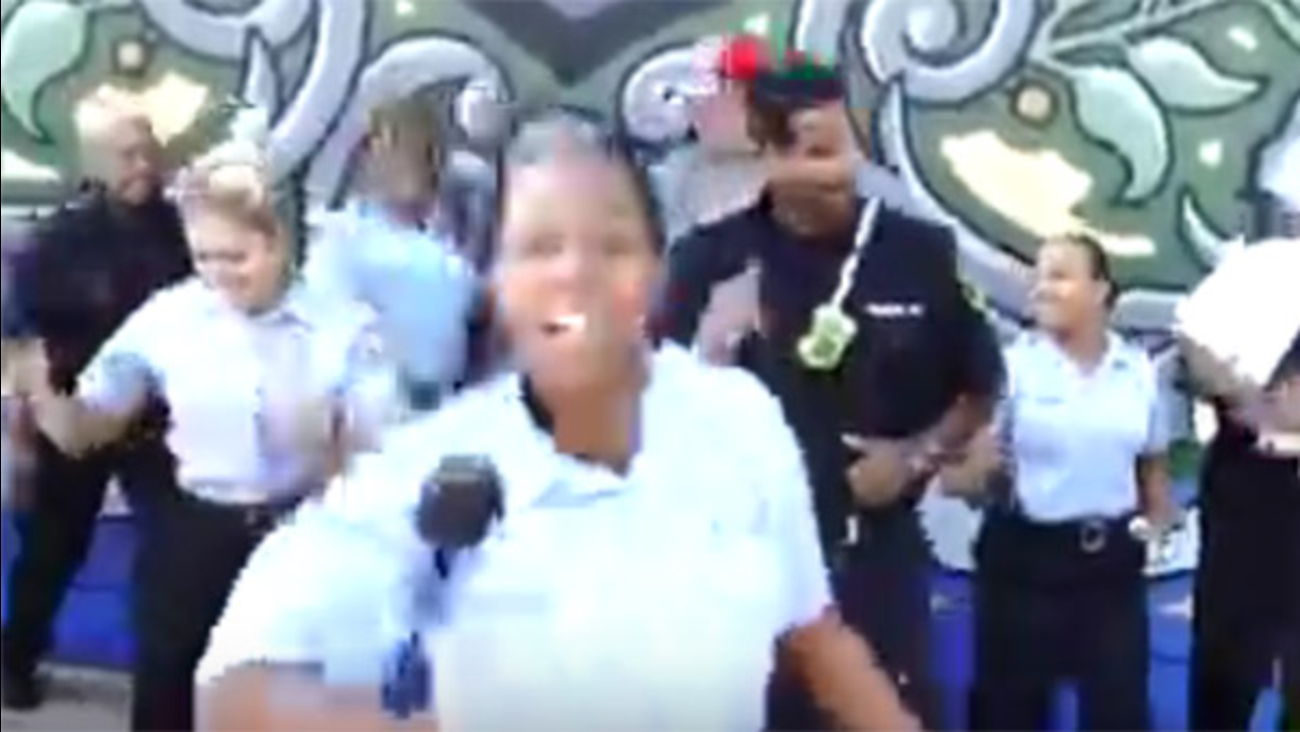 PHILADELPHIA (WPVI) -- Officers from the Philadelphia Police Department's 35th District joined with the people of their community for their own version of the hit song "Watch Me (Whip/Nae Nae)".

Capt. Derrick E. Wood explained how it all came together:

Sgt. Jovania Perkins coordinated the video. She has a background in film and media and took it a step further saying that she wanted to film the event to have as a keepsake, and publish it to YouTube and post on to the District's Twitter page.

The video includes members of the community, those who were walking by and wanted to join in, and children from a community training program, Aikan Acts.

While filming this dance, as you can see in the video, we had a great time. This event not only affected the children and the adults of the community positively, but also left a lasting impression on the officers. The interaction and bond that was experienced that day between the community and the officers was incredible."
Related topics:
societynorth philadelphiaphiladelphia newsviral videoyoutubephiladelphia police6abc community
Copyright © 2021 WPVI-TV. All Rights Reserved.
TOP STORIES
Path of destruction after 'dangerous tornado' spotted in Philly region
Tornado warning issued for Ocean, Burlington counties in NJ
Tornado watch vs warning: What's the difference?
Police seek to dispel rumors about house explosion
Woman killed in Center City during hit-and-run spree identified
Montgomery Co. recommends universal masking in schools
Federal workers required to get vaccinated; military may be next
Show More
TikTok star on life support after movie shooting that killed friend
Car split into two in Maple Shade, driver walks away
Nationals COVID outbreak: All but 1 were vaccinated
Hurts, Sirianni have plenty to prove at Eagles camp
USA's Suni Lee wins all-around gold
More TOP STORIES News