Prior to a flight from Phoenix to Louisville, Southwest Airlines operations agent Scott Wirt delivered quite the tribute to the mother of a slain state trooper.

Debbie Edenhofer, a passenger whose son Tyler was killed while on duty last July, was the recipient of the tribute, as Wirt beautifully sang Josh Groban's "You Raise Me Up" in front of a packed plane. The moment was captured by another passenger, Sean Warren, who provided the video to WPVI.

"It was all so real," Edenhofer told USA TODAY. "I was the last one on the plane, now Scott and I are friends, as he found me on Facebook and we exchanged numbers. It's so amazing how people come into your life. Scott is a very nice and caring person." 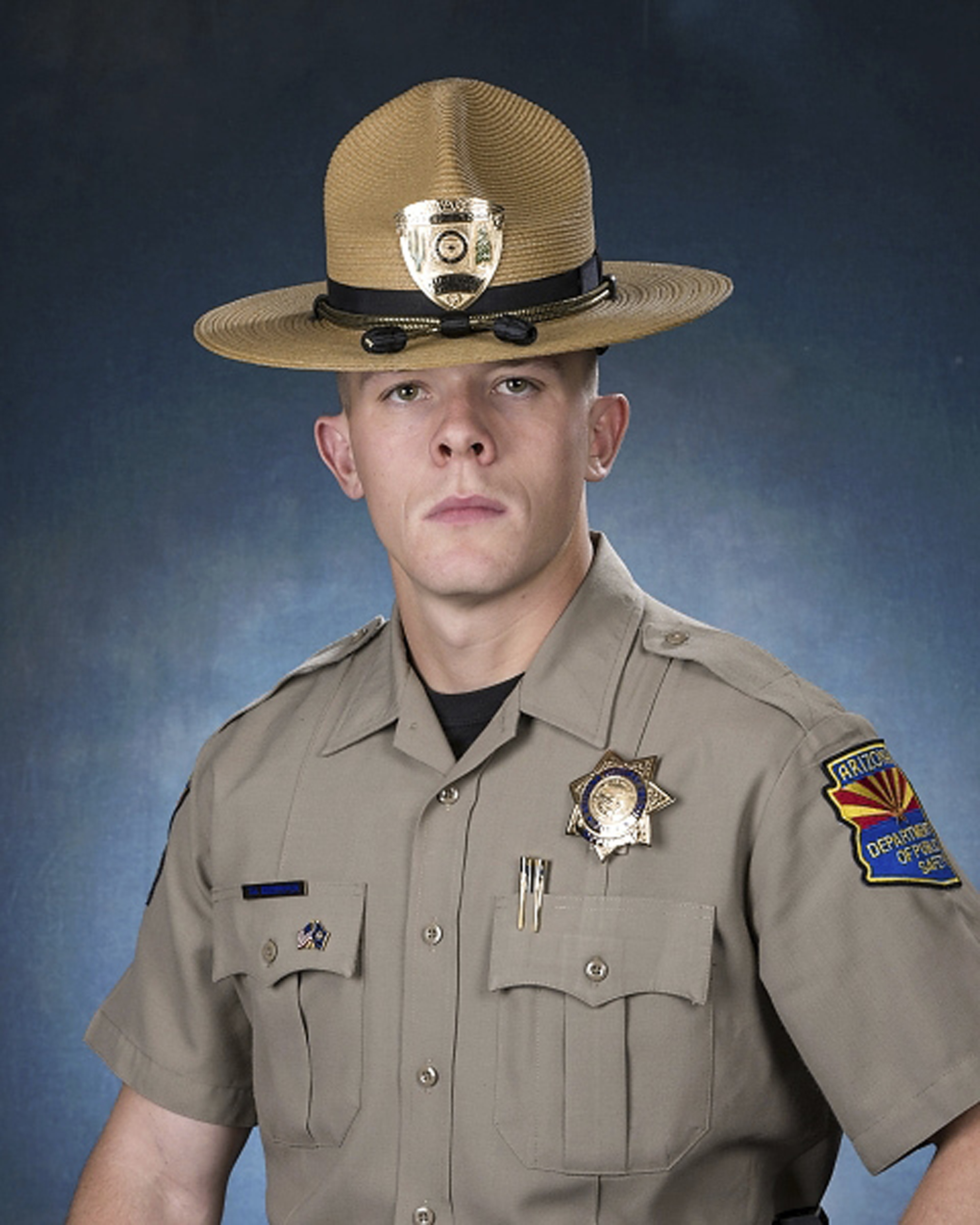 Arizona State Trooper Tyler Edenhofer was killed in the line of duty in 2018.

According to AZCentral.com, Tyler Edenhofer was killed during a struggle along Interstate 10 in Phoenix last July. The 24-year-old had recently graduated from the academy and was with the Arizona Department of Public Safety just 52 days.

Warren shared the video to Facebook and it has been viewed more than 140,000 times in two weeks. He gave kudos to Writ for his beautiful honor and also shared a message of thanks for Edenhofer.

"Thank you" seems so utterly inadequate," Warren wrote on Facebook. "May you be blessed daily in your thoughts of your son's service and sacrifice. May heaven give you in abundance what you missed here on earth." 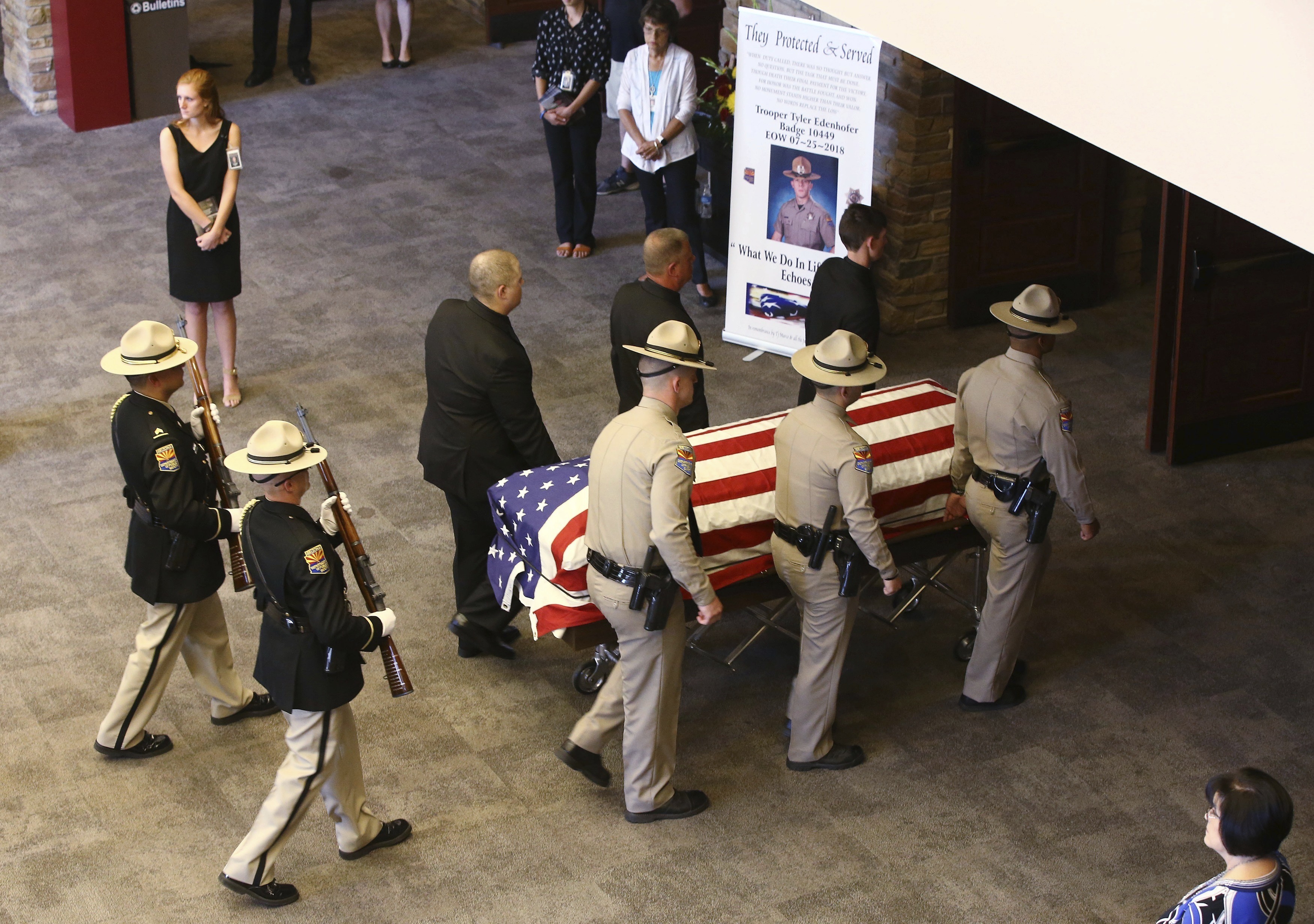 The casket of Public Safety Trooper Tyler Edenhofer is brought in for his funeral last August.