The wanted suspect has been identified as 21-year-old Zion Blyden.
WPVI
By 6abc Digital Staff and Annie McCormick 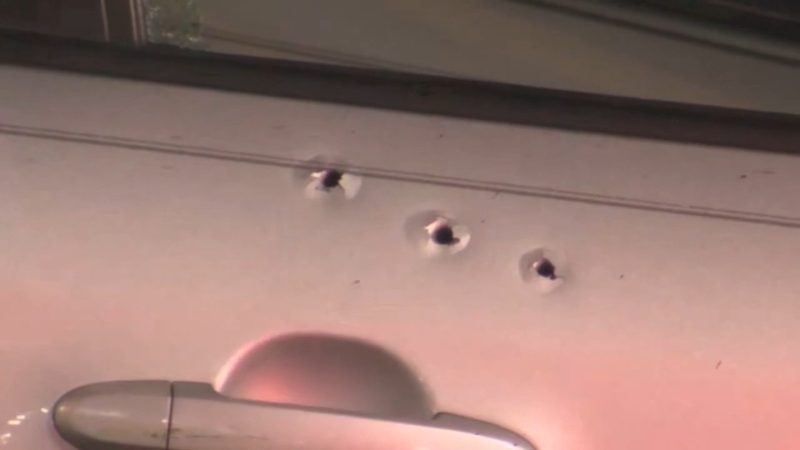 PHILADELPHIA (WPVI) -- Pennsylvania State Police are searching for an armed suspect who shot a man while driving on I-95 in Delaware County, Pennsylvania and then followed the victim's vehicle to the IKEA in South Philadelphia.

The suspect has been identified as 21-year-old Zion Blyden.

Police say a female driver notified them that Blyden was shooting at her vehicle while she was driving on northbound I-95 near Highland Avenue in Chester. A 20-year-old man was in her passenger seat.

Blyden continued to pursue the victims on I-95 in his 2006 Mercury Mountaineer. Police say Blyden once again shot at the victims' moving vehicle and struck the front passenger side.

The 20-year-old male passenger was struck in his chest and neck.

Police say the victims continued northbound and eventually made it to the parking lot at the IKEA on Columbus Boulevard in South Philadelphia.

Police and EMS were contacted.

Blyden arrived and discovered he shot the 20-year-old man and fled the scene in his vehicle, police say.

Bullet holes could be seen in the passenger door of the victims' SUV.

The passenger was taken to Jefferson Hospital for treatment and is in stable condition.

Blyden is currently wanted for Attempted Homicide, Aggravated Assault, Simple Assault and Recklessly Endangering Another Person. He should be considered armed and dangerous.

Anyone with information is asked to contact Pennsylvania State Police Media at 484-840-100.