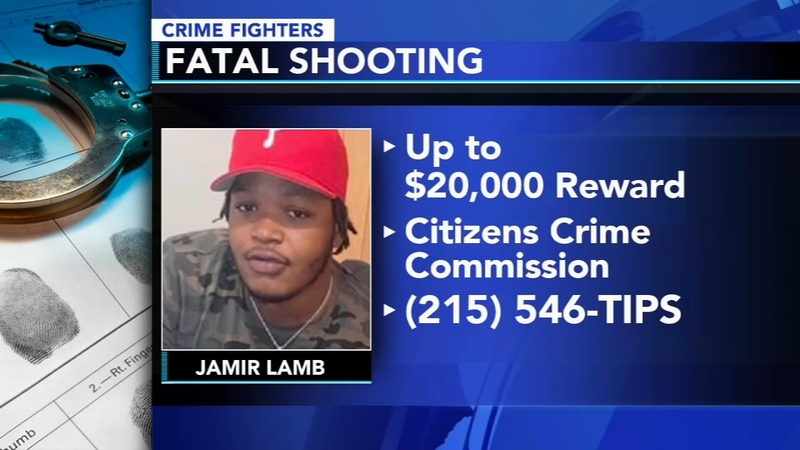 PHILADELPHIA (WPVI) -- A young father is gunned down while dropping his son off at his mother's house. The victim's aunt hopes her plea will bring justice to her family.

"He was just so loved, not perfect, but he just was such a well-rounded, hardworking young guy," Johnson said.

Lamb, 23, was also a father to a 1-year-old boy, and Johnson says he took pride in that.

"He became so focused on making sure that his son was surrounded by love and joy and kindness," she said.

On Wednesday, May 26, Lamb had dropped his son off at the child's mother's house following a doctor's appointment.

He was heading to his car just after 5 p.m. along the 600 block of Reinhard Street in Philadelphia's Kingsessing section.

That's when police say the 23-year-old was shot and killed.

Johnson says her family is at a loss as to the motive.
"My nephew didn't have no gun on him, no drugs on him, he's not into that, he was never into anything like that," she said.

"My sister is just like a shell. Like her soul has been taken from her. You know it's just been really rough," said Johnson.