The City of Philadelphia currently stands at 322 homicides.
WPVI
By Christie Ileto and 6abc Digital Staff 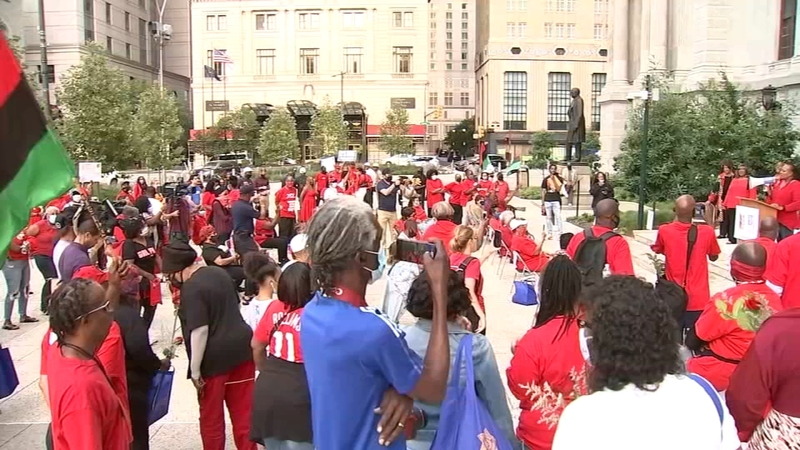 PHILADELPHIA (WPVI) -- The epidemic of gun violence drew a crowd to Philadelphia City Hall Wednesday as victims were honored and remembered amid the recent uptick in shootings.

"We want the mayor to call a state of emergency because in our community, our zip codes, there's a state of urgency," said Paula Peebles, chair of the National Action Newtown Philadelphia Chapter.

Philadelphia Mayor Jim Kenney has unwaveringly said he will not declare a state of emergency, believing it won't change anything.

"My heart breaks for them, and we're working hard every day to ensure other families won't go through this," Kenney said during a Zoom press briefing Wednesday.

In the single hour that residents rallied around City Hall, gunfire continued to erupt across the city.

A 45-year-old was shot in the stomach at the West Park Apartments in West Philadelphia.

In Kensington, a 60-year-old male was left critically injured on the 1800 block of East Lehigh Avenue.

Residents fear if a declaration isn't made, things will get worse.

The City of Philadelphia currently stands at 322 homicides.