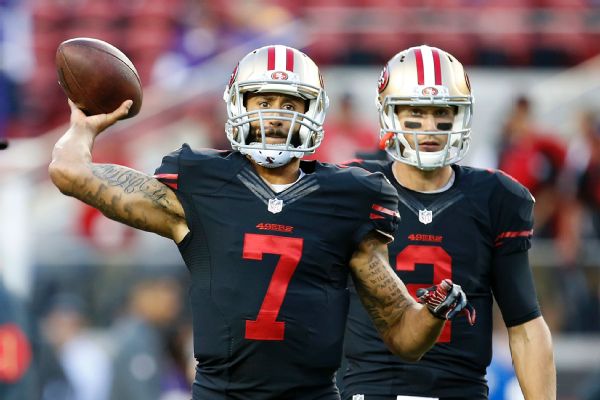 Kelly on Tuesday named Colin Kaepernick his starting quarterback for Sunday's game against Buffalo, a decision that comes following weeks of speculation.

"Just to announce, we're going to make a move at quarterback and we're going to start Colin this week and give him an opportunity to run with the ones," Kelly said. "I believe you've got to do it at the beginning of the week just because of how reps are distributed."

"I think I've always been confident," Kaepernick said. "It's something that I'm ready to step on that field, I'm ready to play. It's been about a year since live game action. So, I'm itching to get out there."

After meeting with the coaching staff and discussing possible solutions for the Niners' 31st-ranked offense (in yards per game), Kelly said the group came to the conclusion that one of the only moves it could make to potentially jump-start the offense was to make a change at quarterback.

"We were very analytical and sat down as a staff and watched the tape, went over everything," Kelly said. "We had a couple days to kind of digest where we are and I think offensively we need to be better and we just need to make a move. And it's really not, it's not Blaine's fault. I think it's just as a group offensively we need to be better in a lot of ways so we're going to see what we can do and make a move here. It's really one of the only maneuvers we can make based on our depth."

According to Kelly, because Kaepernick and Gabbert have similar traits, the offense won't need to change much other than the way the reps are split in practice. Previously, it had been Gabbert taking about 75 percent of the work with the first team while Kaepernick handled the other 25 percent. Now, those roles will be reversed.

Kelly informed Kaepernick and Gabbert of the decision and said both were "professional" in handling the news. According to Kelly, Kaepernick offered a simple two-word response of "Let's go" upon being told of the decision.

Sunday's game will mark Kaepernick's first start since Nov. 1 of last year, a 27-6 loss to the Rams. Kaepernick played briefly the following week before shutting it down for the season because of a shoulder injury.

That shoulder injury turned into a harbinger of things to come as Kaepernick underwent a series of surgeries to his thumb and knee in addition to the shoulder. The recovery from those ailments left Kaepernick unable to lift weights and, combined with his decision to become vegan, Kaepernick lost considerable weight, though he declined to say exactly how much.

When Kaepernick returned to the fold in the preseason, he made it through the first couple of weeks of training camp before right-shoulder fatigue forced him to miss the first three preseason games. He played in the final preseason contest against San Diego and handed the ball off three times in the Niners' season-opening win against the Rams.

Throughout the preseason and the early part of this season, Kelly often deflected questions about changing quarterbacks, citing Kaepernick's physical condition as preventing him from playing his best football.

At his peak in 2012 and 2013, Kaepernick weighed about 225 pounds, the type of condition Kelly says allowed him to play well. Last week, Kelly said he wasn't sure of Kaepernick's exact weight now but said he's hovering around 215 pounds.

"We have gone over this ad nauseam," Kelly said. "He's not the same guy he was in 2013, just look at him physically. That's the point I tried to make when people brought that up. He's worked extremely hard on his rehab. We were talking about a guy that missed the offseason because of the injuries and that's the only point I ever tried to make about it."

Kelly made it clear he wasn't so much putting a weight requirement on Kaepernick -- who remained the backup to Gabbert the first five weeks -- as he was hoping to see Kaepernick get back to the peak physical condition that allowed for so much success earlier in his career.

Kelly said Tuesday that Kaepernick has gotten stronger since he initially picked Gabbert as the starter in August.

"When I made the decision on our starting quarterback it was over five weeks ago, we're talking six weeks of rehab," Kelly said. "He also missed two weeks of preseason camp, so based upon the time that we had him in preseason camp, he wasn't ready from a physical or mental standpoint in terms of where we were to start the season and that's when we made the decision. We're in Week 6 now of the National Football League. We were talking about that decision after the San Diego Charger game so that was over six weeks ago."

Gabbert started each of the first five games, and after a solid outing against the Los Angeles Rams in Week 1, struggled to produce. In four consecutive 49ers losses, Gabbert has struggled mightily.

For the season, Gabbert ranks 30th in the NFL in passer rating (69.6) among qualified players, is tied for fifth most in interceptions (six), 26th in completion percentage (58 percent) and 31st in yards per attempt (5.93).

While the Niners pondered the change, some wondered if Kaepernick's contract was preventing Kelly from making the change. Under his current deal, Kaepernick would be guaranteed his $14.5 million base salary next year if he were unable to pass a physical on April 1, 2017.

Although there have been reports of Kaepernick potentially agreeing to an adjusted contract to clear the way for him to start, Kelly said his decision had nothing to do with that.

"I don't deal with contracts," Kelly said. "It's got nothing to do with his contract. It's a football decision. I don't even know where his contract status is. That's a good question for him but I've never discussed his contract nor will I discuss his contract."

Kelly also brushed aside any concern that Kaepernick's protest of racial oppression and inequality in the United States by kneeling during the national anthem will become more of a distraction now that he's starting.

"No and I think we've answered that question ad nauseam as much as the weight question that we've answered is that it has not been an issue and I think because of how Colin has handled it," Kelly said. "He handled it very straightforward with our players when it first came about way back when in August, and it hasn't been an issue since then, so I don't see it changing from that standpoint." 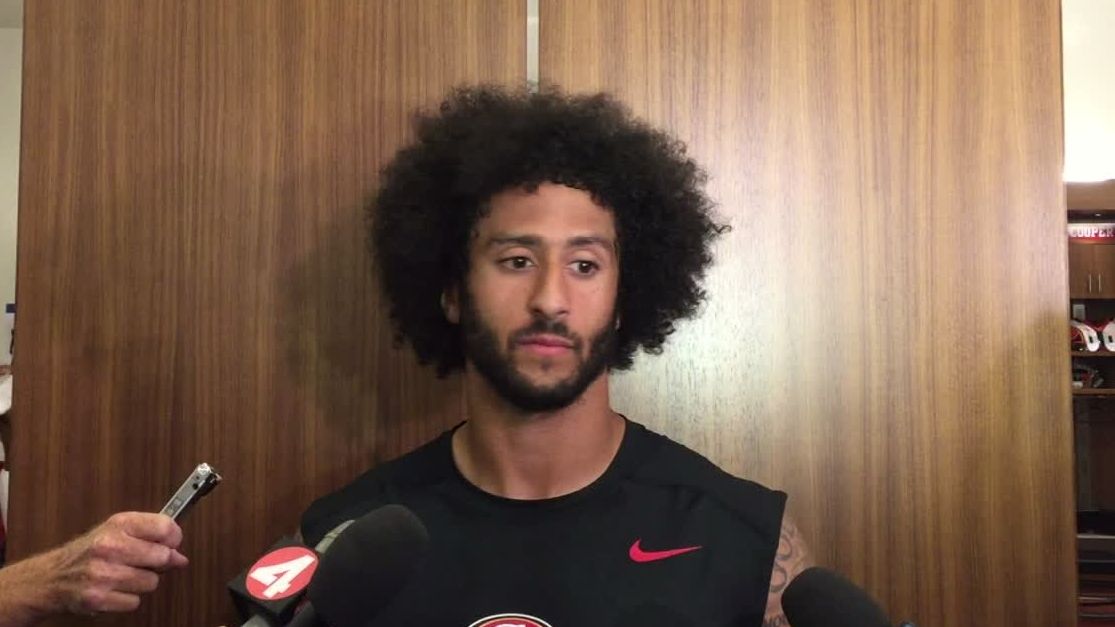 Gabbert disappointed, Kaepernick ready for the opportunity
Blaine Gabbert admits he didn't perform well enough to hold onto the starting QB position, and Colin Kaepernick says he is more than ready to take back the role. 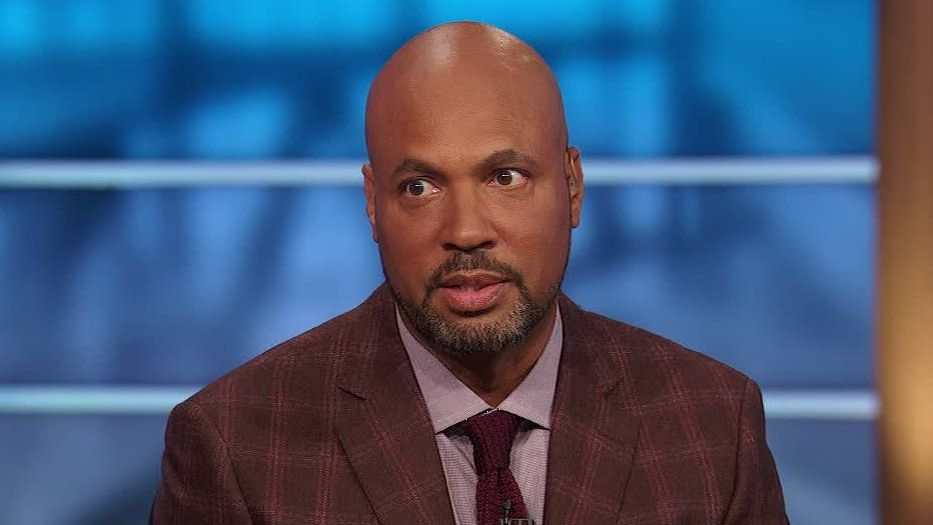