Astros winning the World Series? How a bold prediction was made years ago by Sports Illustrated 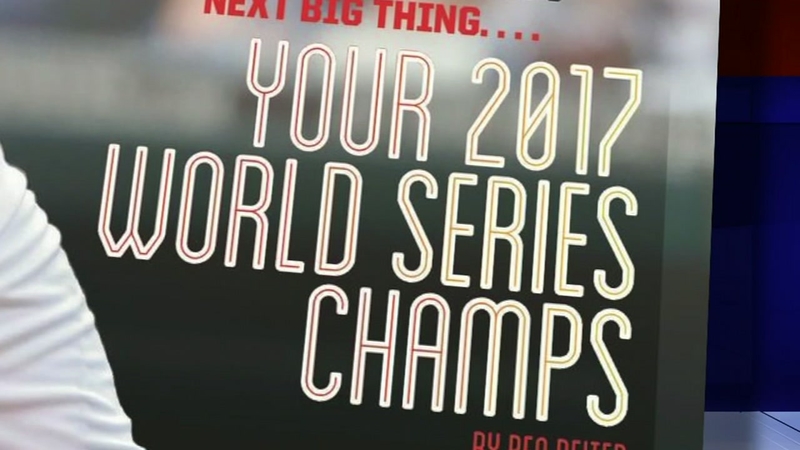 Astros as MLB champs? See how a prediction could come true

HOUSTON, Texas -- The Houston Astros are going to the World Series.

But getting to this victory seemed near impossible just three years ago.

"The Astros were the laughing stock, not just of baseball but of all sports," said Sports Illustrated writer Ben Reiter.

In 2014, the Astros held the worst record in Major League Baseball.

Reiter decided to make a trip to Houston to see the story behind the team.
He left with a not only a cover story, but also a wild prediction that the Houston Astros would win the 2017 World Series. The article was met with a harrowing response.

"One of the bolder proclamations we've ever made on the cover of Sports Illustrated. I think a lot of baseball fans out there were taken aback. We got a lot of hate mail. We were mocked across the country for this prediction," said Reiter.

He said he was impressed with what the team was doing and the players that management was getting.

"We thought something interesting was happening there in the front office. It was run by outsiders that had come in and started doing things a new way," said Reiter.

In fact, a year after Reiter's article, the Astros went to the playoffs.

Fast-forward to 2017, the Astros defeated the New York Yankees in Game 7 of the ALCS and will now play the Los Angeles Dodgers in the World Series. It appears Reiter's prediction may have been on the money.

On Saturday night, Reiter tweeted the cover one more time.

Wait ... what year is it? pic.twitter.com/w5csSgrqPt