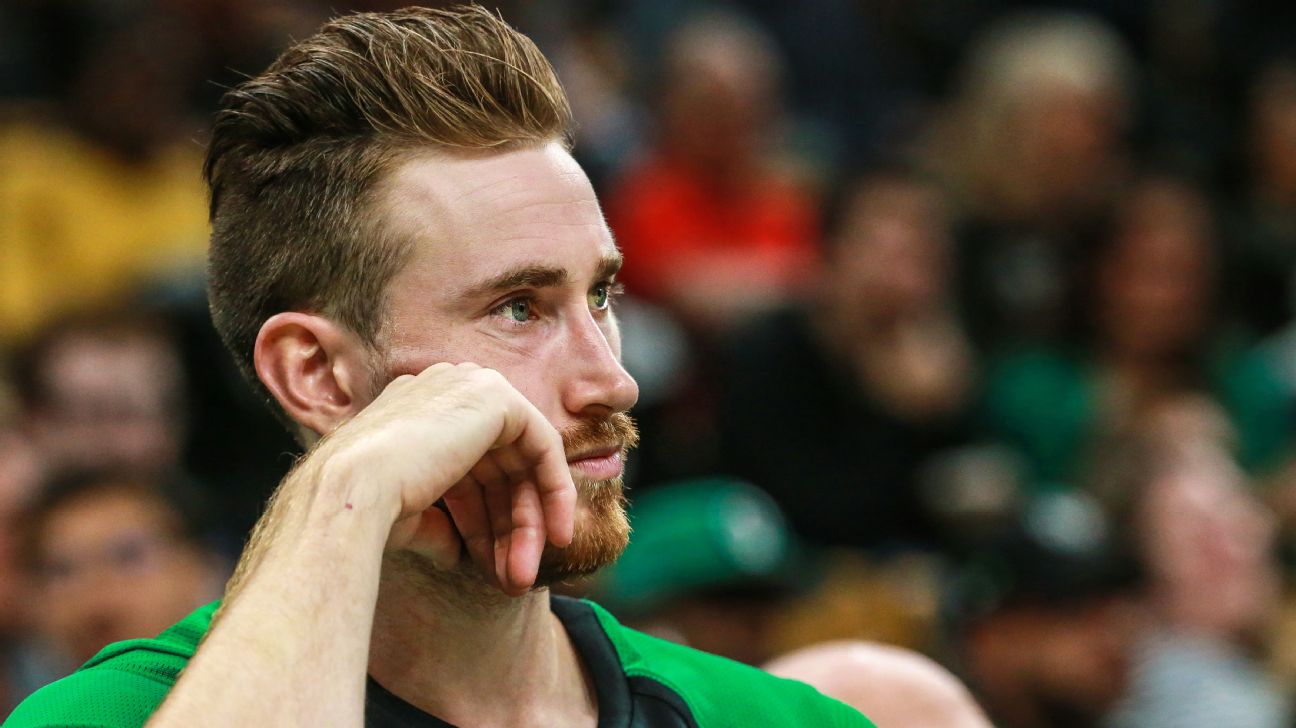 LAKE BUENA VISTA, Fla. -- Boston Celtics coach Brad Stevens saidGordon Hayward's rehab from a Grade 3 right ankle sprain is "going OK" and that the veteran forward will be rejoining Boston sometime soon in the bubble at Walt Disney World Resort -- though he isn't likely to return to the court anytime soon.

"Rehab seems to be going OK," Stevens said after Monday's practice. "He feels a little bit better. Still has a pretty significant amount of ... I don't think his gait is perfect yet. Once his gait feels right and becomes perfect, he's probably on a quicker course to coming back.


"I think he'll rejoin us in the bubble at some point soon, but he still will be some time away when he does do that."

Hayward went down in a heap late in Boston's victory in Game 1 of its first-round series with the Philadelphia 76ers, suffering the sprain that the Celtics initially said would rule him out for "approximately four weeks."

Monday is exactly two weeks since that evaluation was announced -- though the history of Grade 3 ankle sprains would likely cause him to miss further time, as Stevens alluded to.


Hayward was originally going to go home sometime in September in order to be with his wife, Robyn, for the birth of their fourth child. When he talked to the media in the wake of his injury, he said he was evaluating when he would go home in order to have a chance to be back with the Celtics when he could resume playing with them.