WPVI
By Gray Hall
CENTER CITY (WPVI) -- The city of Philadelphia is celebrating a championship.

The celebration at the City Hall Courtyard kicked off around noon Wednesday.

Players, coaches, and Philadelphia Mayor Jim Kenney were among those in attendance.

"Whenever you win a championship, it says a lot about the character of our men and football team and to celebrate it with the fans is very important to us. When we brought this Soul organization to Philadelphia back in 2004, we were committed to winning. In fact, we have won over 70% of our games since then and two world championships," owner and team president Ron Jaworski said. "It's really about the players being recognized today and they laid it on the line Friday in Arizona and pulled out a great victory for Philadelphia and our fans."

Fan John Mitchell of South Philadelphia said unlike 2008 when the Soul had to share the spotlight with the Phillies, this time it's all about the Arena Football League champs.

"It brings out hope for the other teams in Philly. As you remember, back in 2008 when the Soul won the championship, the Phillies won the World Series. People forgot about that," Mitchell said. 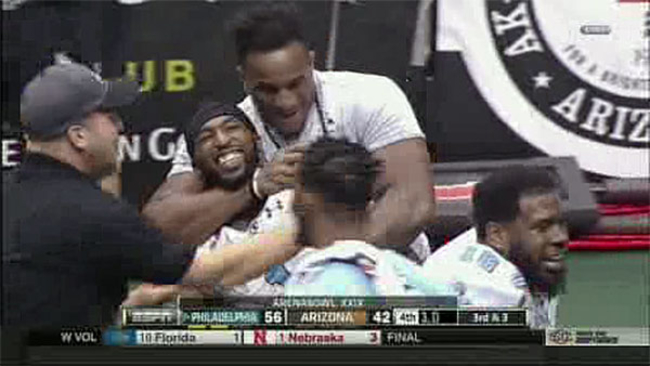