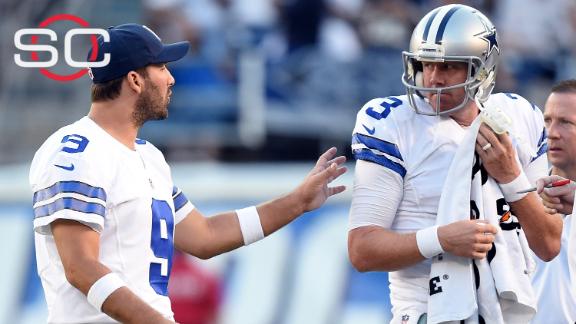 IRVING, Texas -- After last week's win against the Philadelphia Eagles in which Tony Romo was lost to a broken left collarbone, Dallas Cowboys owner and general manager Jerry Jones conceded to feeling as "low as a crippled cricket's ass."

On Thursday, Jones said he believes the Cowboys can do more than just stay afloat with Romo out for at least the next seven games and Dez Bryant recovering from right foot surgery that could keep him out until early November.

"If we improve within because they're not here and then we have them come back, which will make us better when they do return, then I think we've got a chance to be a better team," Jones said. "That's certainly the way I look at it. But from the standpoint of them not being here and falling off the map, I don't see that at all. The game is not designed that way. There's too many people that have to get on the field and play the game.

"Now, do we depend inordinately on Tony Romo? Yes. There's no question. But we're going to have him. We just don't have him right now."

On injured reserve/designated to return, the earliest Romo can get back on the field is Nov. 22 at the Miami Dolphins. Bryant is in the early stages of his rehab from surgery to repair a broken fifth metatarsal. He is expected to miss the next three to five weeks but could need more time.

The Cowboys are 5-9 in games without Romo since 2006 and have lost their past two contests without him, including a 28-17 matchup against the Arizona Cardinalslast season with Brandon Weeden as the starter.

Weeden will take over for Romo on Sunday against the Atlanta Falcons and for the foreseeable future, though the team did acquireMatt Cassel in a trade Tuesday from the Buffalo Bills.

Jones has consistently said he would not trade Romo for another quarterback in the league. But now he has no choice but see whether his team can win without Romo.

"That's going to be quite the challenge," Jones said. "I do think that we can win, yes, but competition is going to have a lot to say about it. I certainly know that if Tony Romo were not available to us at any time, I know what all of our expectations are. The wagon train has got to get to California, as Barry Switzer used to say. We may burn these wagons as we go, float the Mississippi, but anyway, the wagon train has got to go. Not trying to be cute, but no, the team, the Cowboys, we have figure out ways to excel and win, and when we do, it should be inspirational."

"I'm not trying to be defensive or anything like that, but Weeden has put the time in," Jones said. "He's got the reps. He's, frankly, got the experience with us, [our] system. That's where we want to go. My dream is that he steps in here and really, really has a successful run of it." 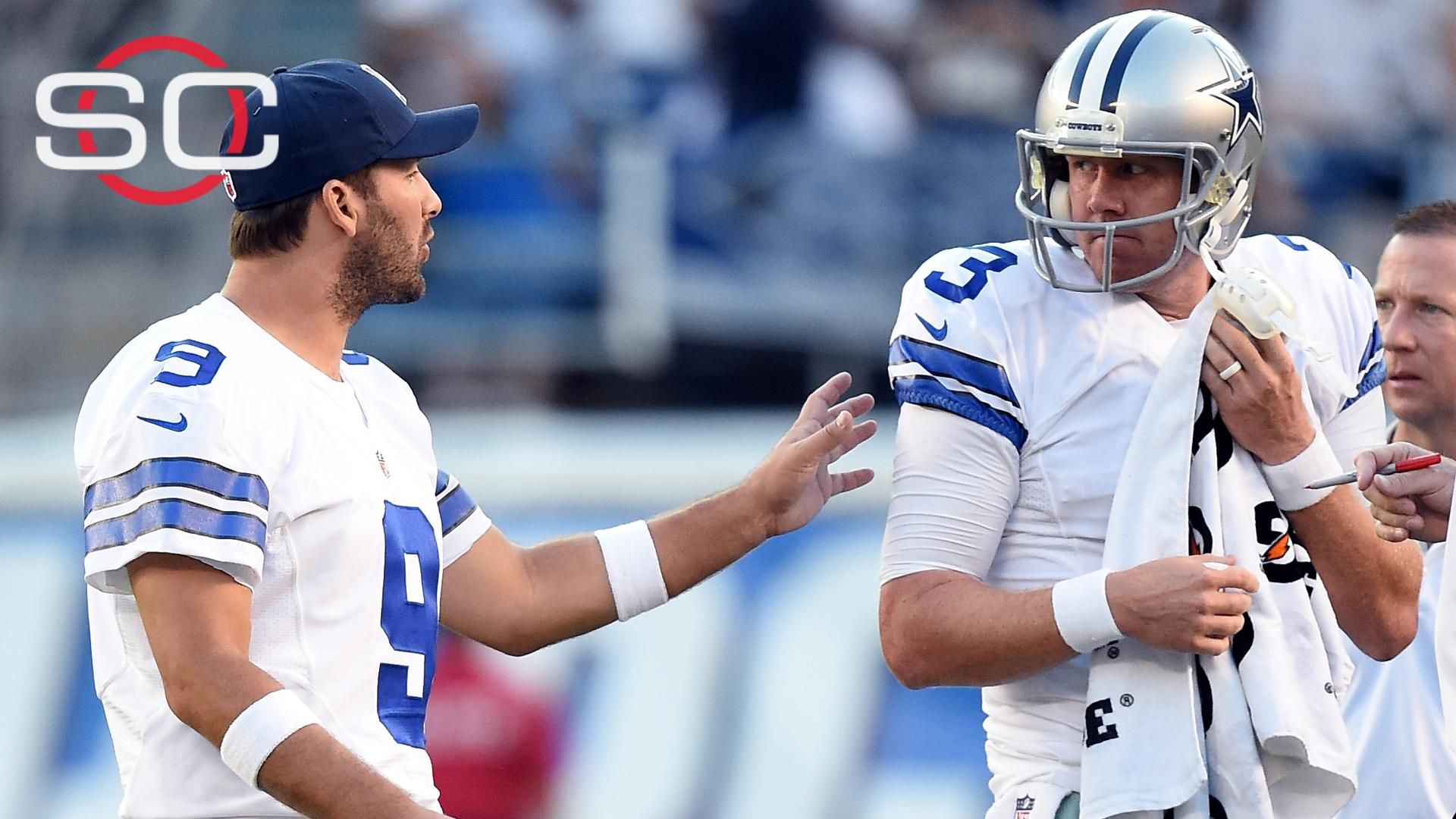 Edwards: It's easy to not have confidence in the Cowboys
ESPN NFL analysts Herm Edwards and Jerome Bettis join SportsCenter to discuss which 2-0 NFL teams they have the least amount of confidence in moving forward. 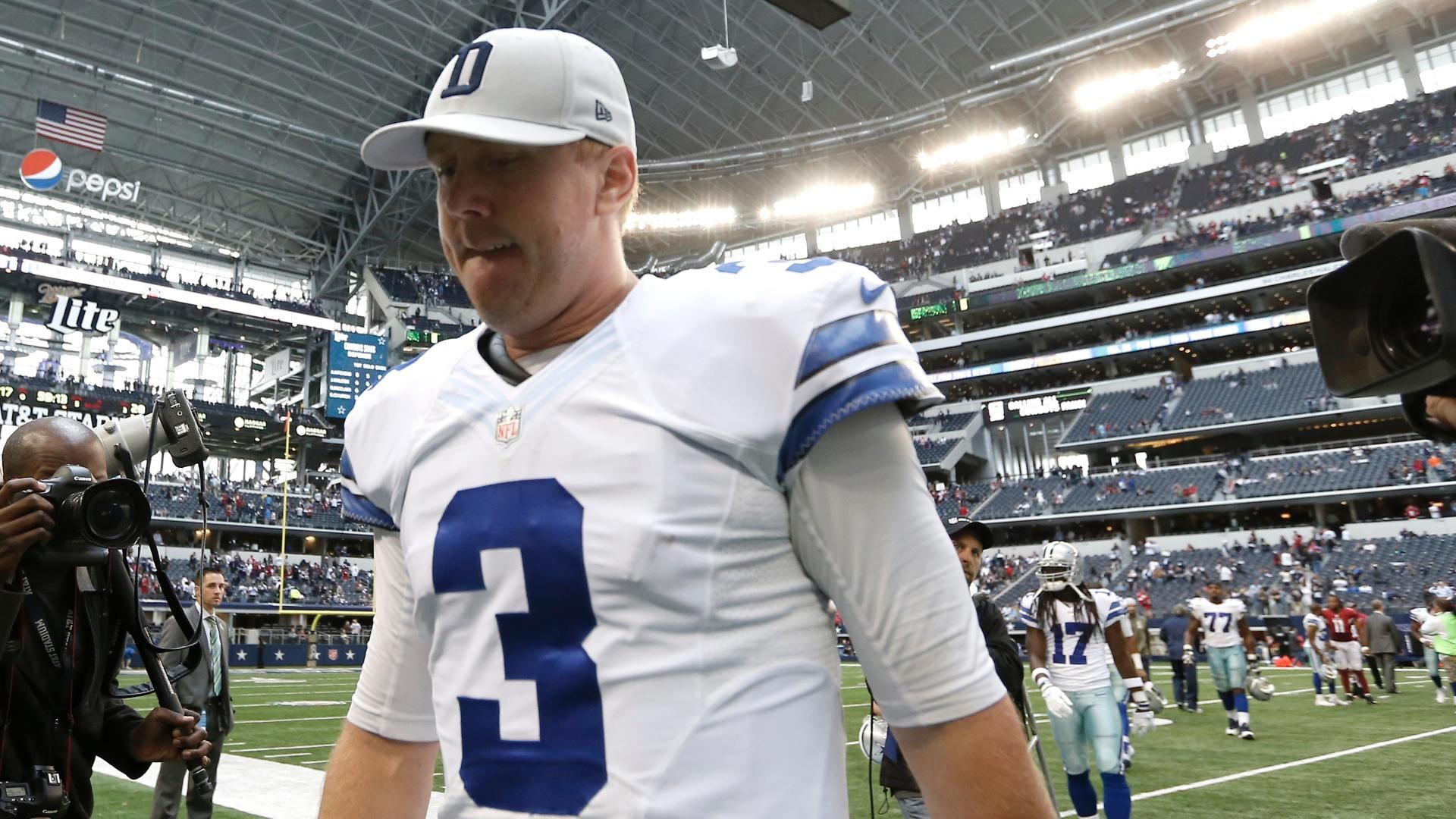