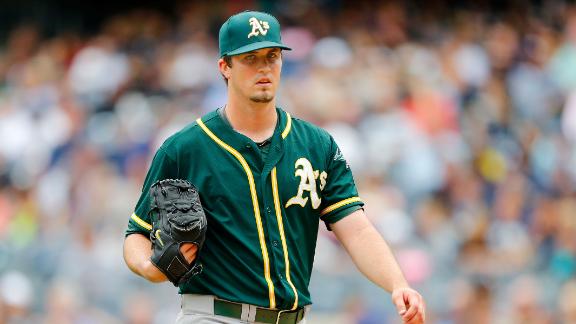 Oakland A's starting left-hander Drew Pomeranz broke his right hand when he punched a chair Monday night after a 14-8 loss to the Texas Rangers.

The injury required the A's place Pomeranz on the 15-day disabled list Tuesday.

Pomeranz (5-4) struggled in his shortest outing since joining the A's rotation in early May. He allowed eight hits and eight runs -- seven earned -- with two walks and four strikeouts.

"Hopefully, I'll be back as soon as possible," Pomeranz said. "This is the first time I've broken a bone, though, so I don't know.

"I play it over and over in my head -- wish I hadn't done it. I was walking up to the clubhouse and was just mad."