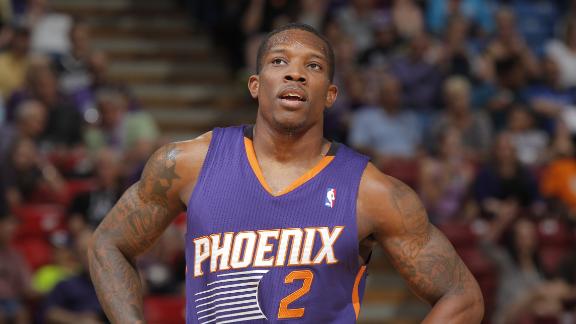 The future of one of the most talented free agents left on the market remains cloudy, as Eric Bledsoe and the Phoenix Suns remain far apart in contract talks, according to sources close to the situation.

The thought that the Suns will match any offer Bledsoe receives from a competing club has deterred teams from aggressively pursuing the 24-year-old point guard. Phoenix has thus far refused to discuss potential sign-and-trade opportunities.

But the Suns' completion of a sign-and-trade deal for Isaiah Thomas, along with the drafting of point guard Tyler Ennis, has potential suitors believing that Phoenix may move on from Bledsoe, league sources said.

The Milwaukee Bucks have been mentioned as a team with interest in Bledsoe, and Sacramento and Houston, which recently traded away Jeremy Lin, could be in the market for a point guard.

Eric Bledsoe Wants Maximum Contract
Chris Broussard breaks down the latest on Eric Bledsoe, who turned down a four-year, $48 million contract offer from the Suns