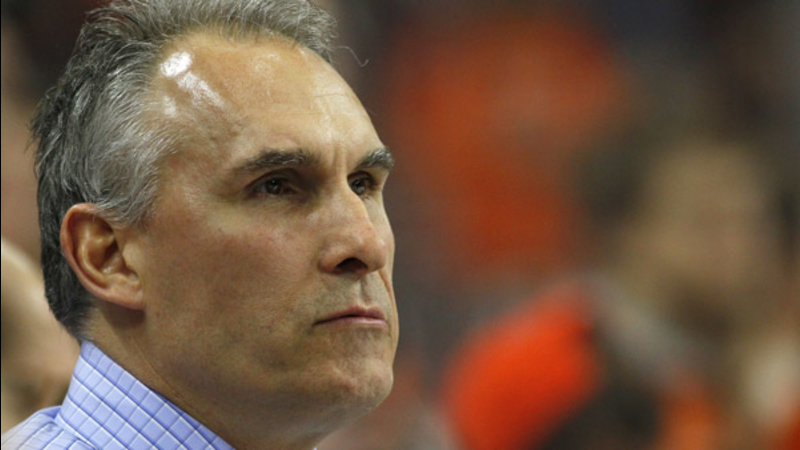 PHILADELPHIA (WPVI) -- Craig Berube is no longer the head coach of the Philadelphia Flyers, the team announced Friday.

The decision comes after a season that saw the team miss the playoffs.

The Flyers players gave, at best, lukewarm reviews this week of Berube following a 33-31-18 (84 points) season.

Berube took over from the fired Peter Laviolette four games into the 2013-14 season and led the Flyers to the playoffs.

Berube had one season left on his contract.

Jakub Voracek and Wayne Simmonds bemoaned a lack of leadership in the locker room. Vinny Lecavalier, once one of the best players in the NHL, made it clear he had almost no interest in a third season in Philadelphia if Berube returned.

Voracek and team captain Claude Giroux spent most of the season in the hunt for an NHL scoring title and each finished with some stout stats: Voracek had 22 goals and 81 points (six points behind Dallas' Jamie Benn) and Giroux had 25 goals and 73 points.

Simmonds led the Flyers with 28 goals and goalie Steve Mason's .928 save percentage was second-best in team history and his 2.25 GAA was the lowest for a Flyers goalie since 2003-04. Defenseman Mark Streit had 52 points.

Hextall said he expected Philadelphia will be a playoff team next season. The Flyers have been in a win-now mode since the heyday of the Broad Street Bullies, and always believed they were one big trade or marquee free agent away from winning it all.

Hextall, the first-year Flyers GM, said that philosophy isn't in play this summer.

"Are we going to try and win the Stanley Cup? Yes. Along with the 29 other teams," he said. "But we are not going to trade top young players for 29-30 year olds to try to take a one-year run at the Cup. That is not going to happen."