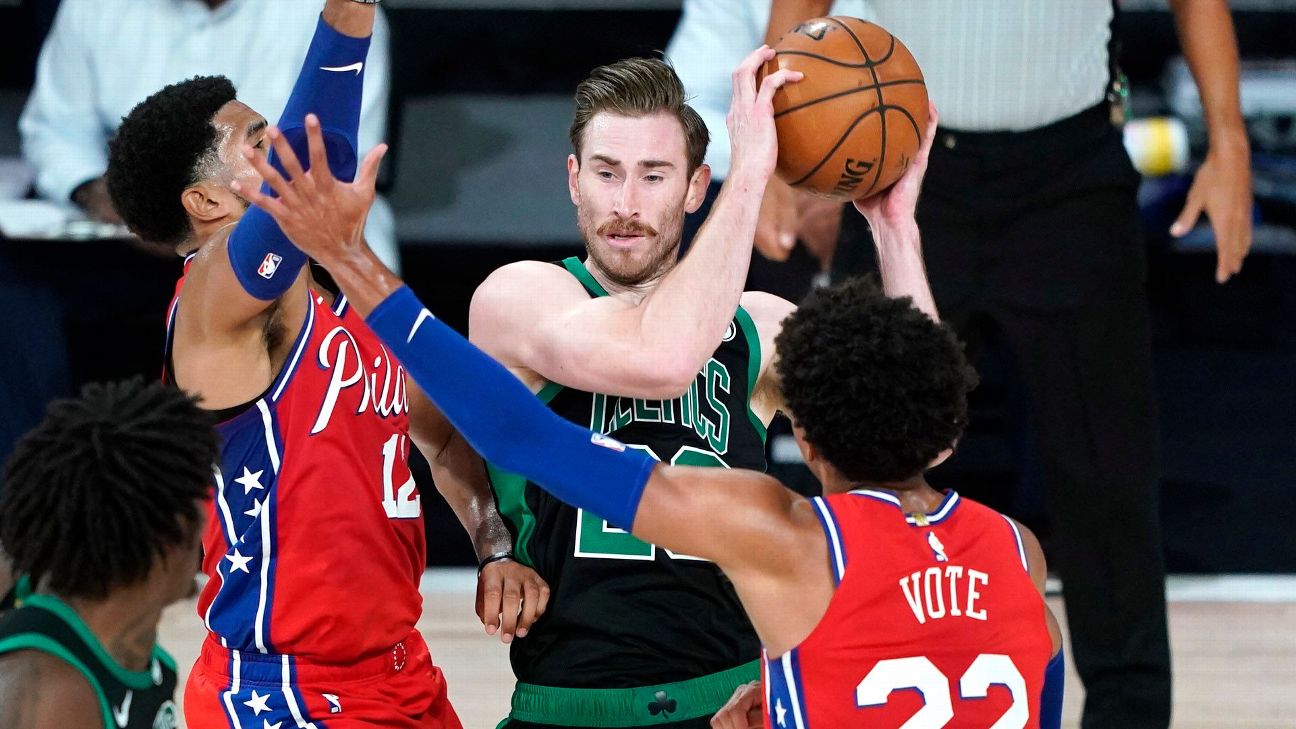 LAKE BUENA VISTA, Fla. -- The Boston Celtics lost forward Gordon Hayward to a right ankle sprain in the fourth quarter of their 109-101 victory over the Philadelphia 76erson Monday.

"Sprained ankle," Celtics coach Brad Stevens said after Game 1 of this East first-round series. "Don't know the severity, but he's clearly in pain, and it looked like it had some swelling already. That's my medical review."


Sources told ESPN's Adrian Wojnarowski and Malika Andrews after the game that Hayward would be getting an MRI on his ankle later Monday to determine the severity of the injury.

Hayward, who scored 12 points on 5-for-13 shooting with 4 rebounds, 3 assists and 4 steals in 34 minutes, was trying to box out Sixers star Joel Embiid inside with about 3 minutes to go in the fourth quarter when his right foot got twisted and he went down to the floor in a heap. Boston eventually had to commit a take foul and then call a timeout with 3:08 remaining in the fourth to allow Hayward, who never got off the ground, to slowly limp along the sideline and directly back to Boston's locker room.

Already a thin team as it is, the Celtics will struggle to replace Hayward if he has to miss a significant amount of time. While Boston played 11 players Monday, five of them -- Hayward, Jaylen Brown, Jayson Tatum, Kemba Walker and Marcus Smart -- played more than 30 minutes, and center Daniel Theis (25 minutes) was the only other Celtic who played more than 13.

If Hayward does have to miss time, Smart would all but certainly slide into his place in the starting lineup.


This ankle is the opposite one from when Hayward suffered a gruesome leg and ankle injury in the opening minutes of his first game as a member of the Celtics in 2017, forcing him to miss the remainder of that season. This season, Hayward bounced back to the form he showed before the injury as a member of the Utah Jazz, averaging 17.5 points, 6.7 rebounds and 4.1 assists while shooting 50% from the field and 38% from 3-point range.

Hayward has a player option on his contract for next season. 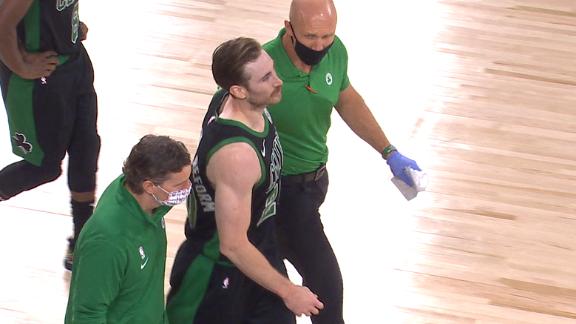 Hayward exits Celtics' Game 1 win with ankle sprain
Gordon Hayward leaves the Celtics' game vs. the 76ers in the fourth quarter with a right ankle sprain and wouldn't return. 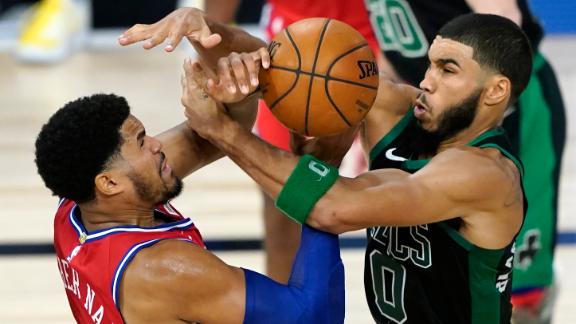