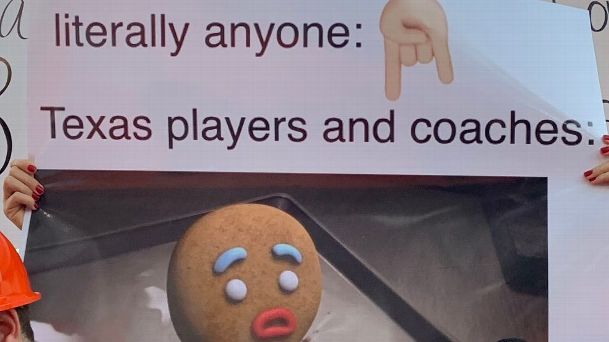 We're around the halfway point of the college football season, and what a weekend of action! The contenders continued to separate themselves from the pretenders in Week 6. We've seen our fair share of upsets, blowouts and standout plays.

Heading into the week, it was guaranteed that we'll have at least 38 losses by AP-ranked teams -- the second most of all-time through six weeks. The previous record of 39 was set in 2007, but Alabama's schocking loss to Texas A&M set the new record at 40 losses.


The result of this madness could cause a shake up in the AP Top-25 -- and also allows for teams' social media departments to celebrate their wins with some creative trolling.

The College GameDay crew headed to Dallas, Texas for the Red River Showdown. Sooners fans didn't waste any time with getting the trash talk going.

The Longhorns dominated fast and early, earning a 14-0 lead less than two minutes into the game, but their foe led when it mattered. The Sooners overcame a 21-point deficit, matching the second-largest comeback in program history, in front of a sellout crowd of 92,100 fans.

Notre Dame Fighting Irish starting quarterback Jack Coan was benched in the first quarter, but drove down the field in the fourth quarter to set his team up for the game-winning field goal over the Virginia Tech Hokies.

Enter Sandman is one of the most popular traditions in college football, and Notre Dame's social had a fitting rendition.

Iowa went from trailing by two touchdowns, to trolling Penn State's "We Are" mantra after their comeback victory.

Despite allowing a touchdown on the final play of regulation, Ole Miss managed to hang on for a wild one-point win over Arkansas.

Last season, Rutgersshocked the world as they forced seven turnovers en route to a 38-27 win on the road over Michigan State.

The Spartans made sure that didn't happen again as the team had a 300-yard passer, 200-yard rusher and 200-yard receiver in the same game -- it's just the fifth time that has happened in FBS history. Jalen Nailor finished with a storybook statline of five catches for a career-best 221 yards and three touchdowns. All three of his scores went for over 60 yards each.

The Spartans' social team had a fun way of acknowledging Nailor's impressive feat. 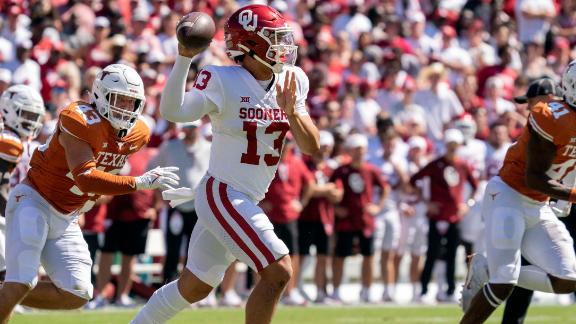