How the Tobias Harris trade shakes up the NBA 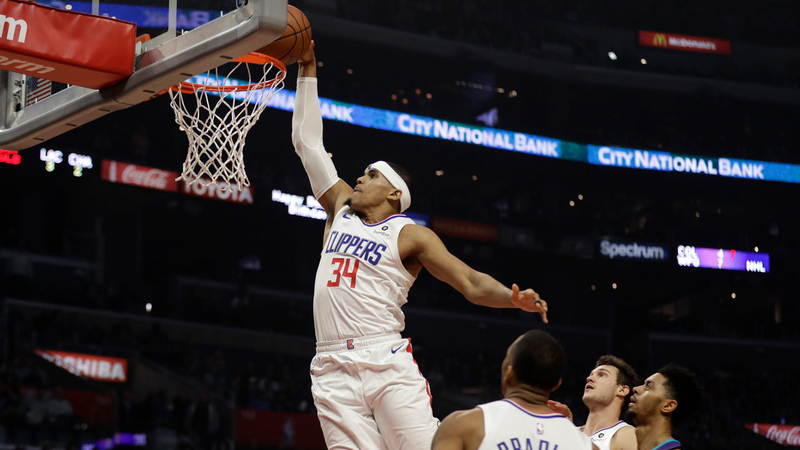 In the wee hours of Wednesday morning, what already has been a wild NBA trade deadline received another boost when ESPN's Adrian Wojnarowski reported that the Philadelphia 76ers completed a blockbuster deal with the LA Clippers for forward Tobias Harris.

By adding Harris -- and not sacrificing any of their top four players to do so -- Philadelphia now has a starting five of Ben Simmons, JJ Redick, Jimmy Butler, Harris and Joel Embiid. The only team that can compare to them in the league at this point are the Golden State Warriors.After this move, Philadelphia can at least dream about reaching the NBA Finals this June.

Harris is the ideal piece to slot in next to Philadelphia's other stars. He's a terrific shooter (hitting 43.4 percent of his 3-pointers this season, and shooting just less than 50 percent overall) and can fit in tandem with any of Philly's stars -- something that will matter greatly as the Sixers are going to be searching for plenty of depth. But Philadelphia should be able to have a minimum of two, if not three, of these five on the floor at any one time, which can help mitigate those depth issues.

Even after making this move for Harris, Philadelphia is still staring at the glaring weakness it had before doing this deal: athleticism off the bench. Scott will replace Muscala as the team's backup power forward (where he's actually a better fit), while Marjanovic will give them an intriguing look against bigger backup big men and Jonah Bolden can possibly get spot minutes against smaller ones.

Among backup guards and wings, though, here is Philadelphia's current assortment of players: T.J. McConnell, Furkan Korkmaz, and injured guards Markelle Fultz and Zhaire Smith. Assuming Philadelphia doesn't turn Fultz into players who can help now -- and coach Brett Brown said Tuesday Fultz isn't anywhere close to returning -- expect the Sixers to be a heavy player for any guard on the buyout market that springs free. Wesley Matthews is the most obvious name, but any other that pops up will immediately garner interest. Corey Brewer also is likely to make a return to the roster once the deadline passes.

One of the questions executives around the league have been pondering over the past several weeks is the Clippers' direction at the deadline. Facing the possibility of handing over their first-round pick if they make the playoffs, would the Clippers actually go for it? Or would they instead pivot and use their many interesting players on expiring deals to net future assets?

LA chose the latter. And doing so netted the Clippers an incredible haul in all of these picks. That doesn't even include Shamet, who has been one of the most pleasant surprises from this rookie class.

Now the Clippers will be able to continue into the summer with their plan to land a pair of star free agents (led by Kawhi Leonard, their top and most likely target) while also not having to worry about the possibility of losing out on their backup plan in Harris, who was likely to draw heavy interest himself once free agency began. It also adds to their coffers for a potential trade for a star either now, this summer or beyond.

Assuming Philadelphia is able to pull this off and keep Simmons, Butler, Harris and Embiid together long-term, the Sixers should be a threat in the East for years to come. More importantly, they clearly are going for it this season.

The question now is how do the other contenders -- the Boston Celtics, Toronto Raptors and Milwaukee Bucks -- react? The Bucks have likely already made their big moves, while the Celtics have to wait until the offseason to make the swing they've been plotting for years -- trying to landAnthony Davis. (Note: The Clippers almost certainly missing the playoffs also means that Boston will have to wait to see if it can get their pick in 2020. If the Clippers miss the playoffs this season and next, that first becomes two second-round picks.)

That leaves the Raptors as the team most likely to counter with an aggressive move, and it won't be a surprise if Toronto does something significant between now and Thursday afternoon.

The Raptors have every incentive to go for it this season. Leonard is a free agent and Toronto has always had to play catch-up to try to convince him to stay. Masai Ujiri has never been scared of making a move. If the Raptors can find the right move remains to be seen, but don't expect them to let the deadline pass without turning over every possibility.

This should also clear the path for the No. 8 seed to go to theLos Angeles Lakers, Sacramento Kings or Minnesota Timberwolves. Even if the Clippers might be able to hang in the race without Harris, it's hard to imagine they will stop selling now. And if they do continue to strip away players from the roster, they'll ensure they slip down the standings.

However, the Lakers, Kings and Wolves will all be pushing to make the playoffs. The Lakers are still chasing Anthony Davis but lost by 42 points to the Indiana Pacers on Tuesday. They could be active whether they get Davis or not, and already traded for Reggie Bullock to give them a defensive presence on the wing. The Kings -- the NBA's biggest surprise this season -- would seem to now only be more determined to get a small forward to help stop the league's longest playoff drought.

And while Minnesota suffered a brutal loss to the Memphis Grizzlies on Tuesday, the Wolves are only 1.5 games behind the Lakers. Make no mistake, either: The Wolves would absolutely love to make the postseason after firing Tom Thibodeau earlier this season.