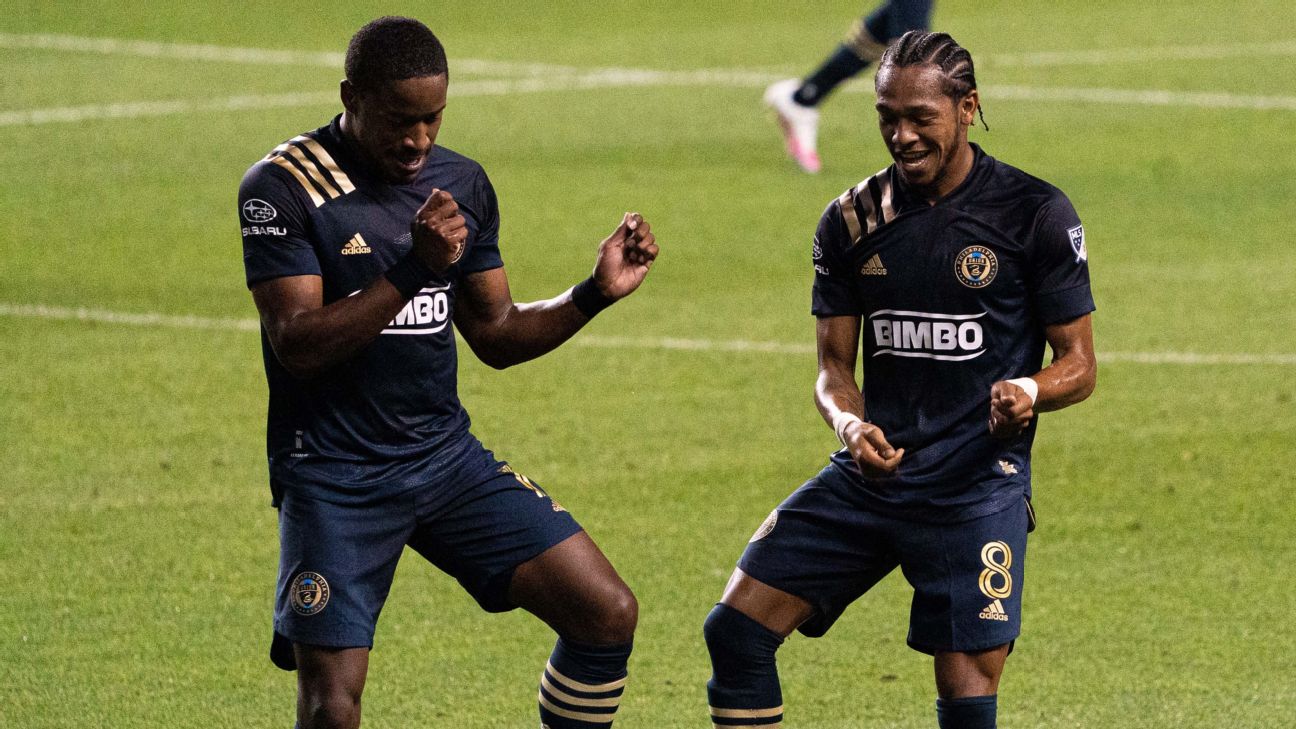 Kacper Przybylko scored two goals and added one assist to lift the host Philadelphia Union past D.C. United 4-1 on Saturday.

Sergio Santos and Brenden Aaronson added one goal apiece for the Union.


The Union extended their regular season unbeaten streak to seven in a row. In addition, the Union defeated D.C. United for the seventh straight time.

- Carlisle: How MLS players came to boycott, respond to Hansen

Julian Gressel scored the lone goal for D.C. United. Their winless streak was extended to six in a row.


D.C. United goalkeeper Chris Seitz, who was a member of the Union in their inaugural season in 2010, struggled in his first start of the season.

The Union jumped ahead 1-0 in the seventh minute when they took advantage of a corner kick which ricocheted through the box and directly to Przybylko, who easily tapped the ball past Seitz.

In the 12th minute, D.C. United's Yamil Asad found himself wide open at the corner of the box but had his low lining shot stopped by Blake.

Przybylko scored his second goal in the 16th minute as he picked up a turnover by D.C. United and blasted a shot from the top of the box for a 2-0 lead.

Philadelphia quickly extended its lead to 3-0 in the 21st minute when Santos scampered down the left sideline and fired a left-footed shot to the short side of the goal.

D.C. United had another solid scoring chance in the 38th minute when Júnior Moreno received a pass in the box all alone. But Moreno shot the ball over the goal and appeared distraught as he placed his hands on his head.


Santos nearly scored again in the 53rd minute as he drilled a left-footed shot off the post.

Erik Sorga, a second-half substitution for D.C. United, corralled a pass and sent a shot just wide of the far post in the 58th minute.

Aaronson gave the Union a 4-0 advantage in the 61st minute.

D.C. United did cut the deficit to 4-1 in the 63rd minute when Gressel notched his first goal of the season. 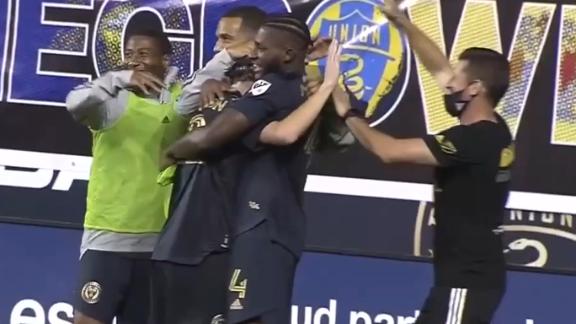 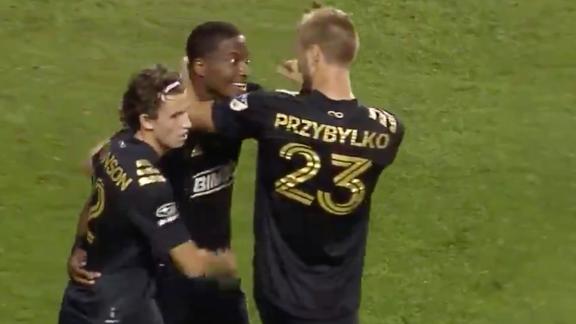