Kevin Durant: 'As comfortable as I've ever felt' with Warriors 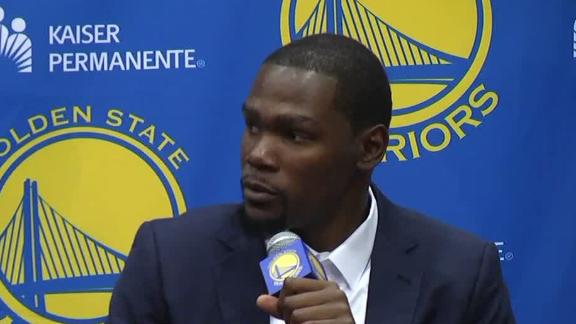 Kevin Durant didn't take long to make himself at home with the Golden State Warriors.

"It's been hectic. A lot of attention comes with being in this position," Durant said of the free-agency process. "When I met these guys, I felt as comfortable as I've ever felt. It was organic. It was authentic. It was real. It was feelings I couldn't ignore.

"... I feel great. I feel excited about this opportunity."

Durant, who announced his decision to leave the Oklahoma City Thunder on Monday, was introduced by the Warriors after his contract -- a two-year, $54.3 million deal with a player option after the first year -- was finalized Thursday.

He will be the highest-paid player on a roster that also boasts two-time reigning MVP Stephen Curry,Klay Thompson and Draymond Green.

"I haven't made the decision, but he might start," coach Steve Kerr joked while sitting next to Durant. "It's safe to say Kevin would fit into any style.

"To add another guy who is so talented ... he's not just a shooter, not just a defender. He's a basketball player. The combination of all these guys together should be a lot of fun to watch."

Golden State set an NBA regular-season record with 73 wins and led the league in scoring last season, but the Warriors fell just short of a repeat NBA title and lost to the Cleveland Cavaliers in seven games.

"We try to get better every day we wake up," Warriors general manager Bob Myers said. "You never expect to get this much better. We love people that love to play basketball. We love high-character people. You can't find a better embodiment of that than the guy sitting next to me. We all can dream. Most of the times the dreams don't come true."

The Warriors on Thursday said they sold more than 1,000 Durant jerseys on their website in less than two hours.

Durant, who is contractually committed to play just one season with the Warriors, said he is committed to the team.

Curry, Thompson, Green andAndre Iguodalaall made the journey to The Hamptons to attend the Warriors' pitch meeting to Durant.

"Those fourcoming to my meeting and talking to me about the culture and how they built it and how they want to sustain it, it was key," Durant said. "I've seen a lot of guys with crazy egos. ... [Curry is] the face of the NBA in a lot of people's eyes, and [he] wanted to see if he really would embrace me as a player, as a person. And I had no doubts that he would. He showed that he was all-in on this. He flew away from his family to come to the meeting and be a part of the meeting, and that showed me how much he cared, how much he wanted me to be a part of it."

Durant, 27, has spent all nine seasons of his career with the Thunder organization. He won the MVP in 2014, has been named first-team All-NBA five times and has made seven All-Star teams. He has appeared in four Western Conference finals and one NBA Finals, in which he lost in five games to theMiami Heatin 2012. 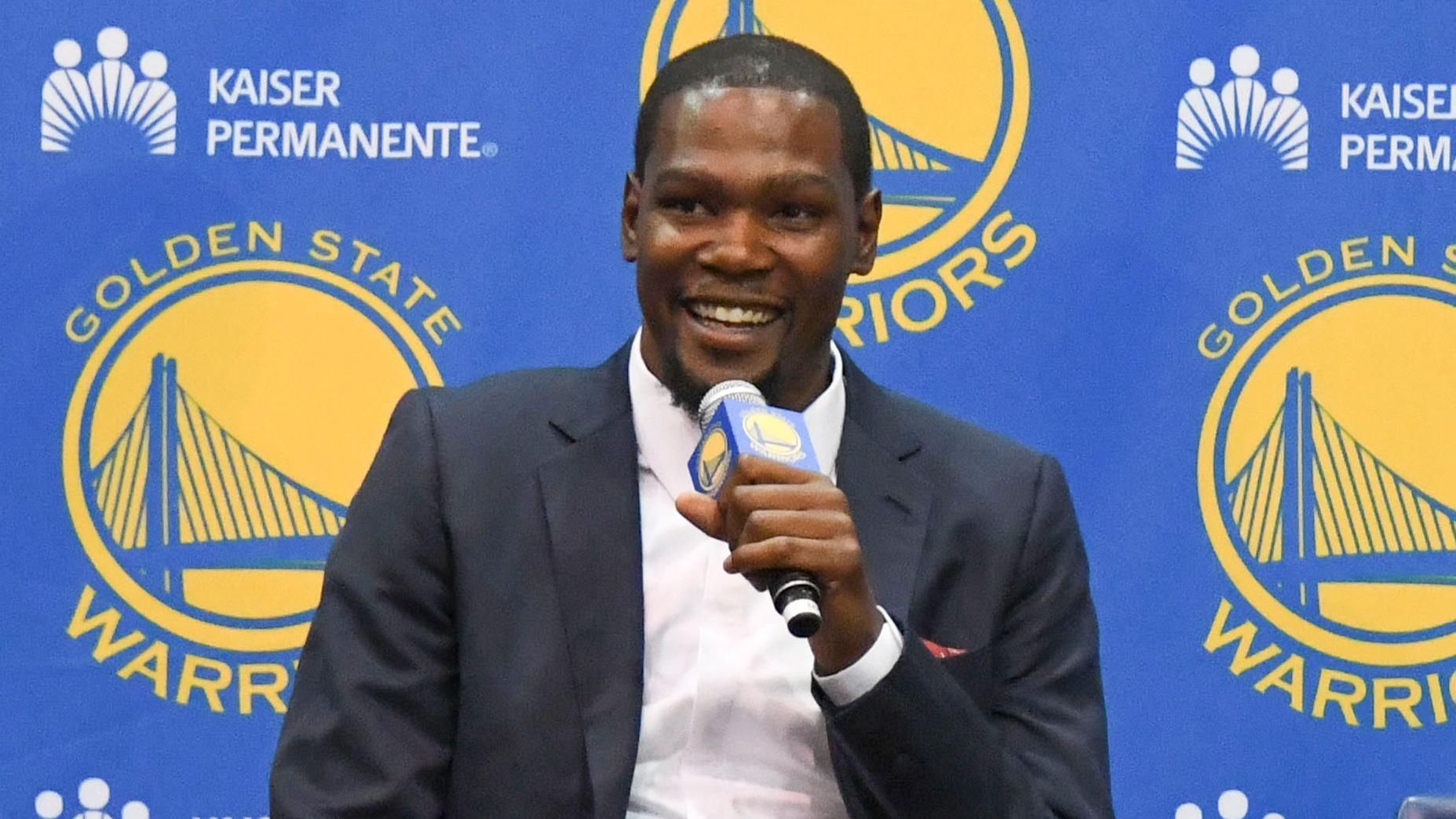